…Because We Are Here Where We Are Not…

…Because We Are Here Where We Are Not…

Cities, peripheries, shells, walls, doors… the concept of the “place” that opens up onto different layers of time and space, not only defines life in the geographical, spatial, mental and existential sense via boundaries, but also connects it to the division of “inside and outside”. The traditional boundaries of “place” are imagined also as the boundaries of culture and identity, and the state of belonging, the state of occupying an existential inside. However, today, “places” have lost the qualities that render them special, and the processes of establishing identity have been ousted, fading into a vagueness that is unable to support any assumed boundary. The continuity of memory that belongs to place/space has been eroded by new constructs that have rapidly invaded it, by globalization, migration, enforced displacement, the lack of urban memory that has become attached to the mobility of information, capital, people and objects, power, public authority, consumption culture and the economy of unearned income. Information, history, memory and identity, can now change, multiply and alter independently of place. Nevertheless, the relationship of city and architecture with “place”, and therefore the specific field of knowledge and action they engage with as conveyors of collective memory, still appears as a powerful field of transmission for artists.

This was how Hera Büyüktaşçıyan and TUNCA, two artists who investigate via alteration the phenomena of city and architecture as the shared equipment of socio-cultural memory and individual experiences, and develop thought on the expression of the links between these phenomena and objects, actions and images, began, for this exhibition, to play the game of getting lost, discovering borders, wandering in physical/mental spaces and exploring meaning in the city. They went on journeys along the ancient borders of Istanbul, along its city walls, bastions and gates. As an outcome of this relational urban experience, they created a parallax effect in the gallery space as a motivation that provided a contribution to their associative and sensorial productions and that reveals, not the visuality or nostalgia the city creates, but the plurality and commonality of individual relationships formed with the city, and operate with its aura.

Hera Büyüktaşçıyan in her site-specific installation titled “Crooked Gate I, II and Threshold”, via the construction of memory and its relationality with architectural space, focuses on the space she occupies Minerva Han as a historical, political and symbolic witness. Lifting the layers of the space from its external shell towards its interior, from the visible towards the symbolic and from its boundaries towards its identity, the artist carries out a poetic intervention on the building’s testimony. In reference to the blue-turquoise mosaic border tiles on the spherical façade of Minerva Han – a modernist building designed in the early 20th century by architect Vasilios Kouremenos, which changed hands in line with the country’s international political tendencies, and its founding function was to nurture the financial network – the artist uses the doors of Kasa Gallery in her installation. The door metaphor, described by Gaston Bachelard as “(…) an entire cosmos of the Half-open. (…) one of its primal images, the very origin of a daydream that accumulates desires and temptations: the temptation to open up the ultimate depths of being, and to conquer all reticent beings.” appears for the artist as a threshold in the dialectics of the interior and exterior. The artist, with an installation that takes its title from “Eğri Kapı/Crooked Gate”, the final gate in the Theodosian walls, the city walls built during the reign of Emperor Theodosius II, takes Minerva Han and Kasa Gallery, as a metaphor to render architecture, history and identity fluid and ambiguous. The mosaic “gates” the artist re-constructs in an apparently melting form, beyond their intellectual and physical meaning, overlay, in the context of urban memory, the relationships between Eğri Kapı and Minerva Han, both situated on inclined land. The melting doors point towards the memory of space that has been rendered fluid by socio-political changes, and overturned by transformations brought on by political power, and to a turbulent social structure.

If the door, as both a threshold and a boundary, is a spatial dimension threshold between the one inside and the one outside, then the walls without doors we find in TUNCA’s drawings titled “Rotunda I, II, III” take their place in the space as images that possess a double symbolic quality, as an “inside-outside” as mentioned in Henri Michaux’s poem. The triptych drawing the artist has produced on the basis of the image of water reservoirs of the camp in the Brzezinka (Birkenau) area, three kilometres west of Auschwitz, provide visual clues as to how the relational urban experience of aimless wandering can render space and memory fluid and ambiguous. In the relationship of collective memory and spatial elements, in the relationship of architecture, which at times serves as a mechanism in the visual expression of political and soci0-economic might, and power, and in the relationship of power’s ambition to produce fixed and invariable phenomena and history, the artist treats space as the conveyor of memory. With the spherical architectural form of the structure, and their reference to the antique world and sacred sites with the triplicate model common in the tradition of painting, Rotundas evoke, in contrast with Parmenides’s contention that existence possesses an aggregate/spherical saturation, an image of ontological emptiness. The Rotunda, today when everything is no longer eternally and infinitely invariable and is in seamless becoming and flux, indicates that history itself may function as a memory site.

Merleau-Ponty states that, in the journey of the “mind-body-world”, looking at the city from different viewpoints helps the individual to rethink her relationship with the city. Thus, HERA and TUNCA, too, take us to a fictional “place” with its melting doors, and walls with no entry point. The exhibition titled “Because We Are Here Where We Are Not”, takes its name from a poem by Pierre-Jean Jouve, and via the relationship of the city and architecture with “place”, invites the viewer to look at the invisible beyond physical and intellectual spaces, and beyond borders and thresholds, and to the journey of bodily experience transforming into artistic form.

Hera Büyüktaşçıyan (1984-Istanbul) graduated from the Marmara University Faculty of Fine Arts Department of Painting. In her works, in order to form an imaginary bond between identity, memory, time and space, she emphasizes the state of “otherness” in the context of the concepts of lack and invisibility. Drawing on local myths, historical and iconographic elements, she creates a new means of narrative for the “other”. In her recent works, in order to investigate within collective memory the concepts of ‘deterritorialization’ and ‘emptiness-nothingness’, the artist focuses on the existential balance between the planes of the city, the self and otherness. Her selected exhibitions include EVA International Biennial, Limerick City, Ireland (2016); “Land without Land”, Heidelberger Kunstverein, Heidelberg, Germany (2016); “Istanbul: Passion, Joy, Fury”, MAXXI, The National Museum of XXI Century Arts, Rome (2016); 14th Istanbul Biennial (2015); 56th Venice Biennale, Armenia Pavilion, Venice (2015); “A Century of Centuries”, SALT, Istanbul (2015); “Fishbone”, State of Concept, Athens (2015); “The Jerusalem Show’’, Jerusalem (2014); “The Land Across the Blind”, Galeri Manâ, Istanbul (2014); IN SITU, PiST///, Istanbul (2013); and “Envy, Enmity, Embarrassment”, ARTER, Istanbul (2013). Hera Büyüktaşçıyan lives and works in Istanbul.

TUNCA (1982-İzmir) graduated from the Mimar Sinan Fine Arts University Department of Painting. Since the early 2000s, his multifaceted practice involving canvas painting, sculpture, installation, video and performance has seen him construct a universe of images formed via cultural identity and political phenomena. In 2005, in a performance realized as a parallel event of the 9th Istanbul Biennial titled “Floating Slum House”, he lived for a week in a simple slum house they constructed with Guido Casaretto and documented the process. A co-founder of the Sanatorium Civilian Art Initiative established in 2009, TUNCA received training as a professional chef in 2012 for his multi-disciplinary project linking gastronomy, history and politics titled “Desire”. His selected exhibitions include, “Desire”, art ON Istanbul (2014), 4th International Çanakkale Biennial, Çanakkale (2014), “Residue”, Pi Artworks, Istanbul (2013), Elgiz 10 Istanbul Exhibition, Proje 4L Elgiz Museum of Contemporary Art, Istanbul (2011) and “Little Boy”, Sanatorium Civilian Art Initiative, Istanbul (2010). TUNCA lives and works in Istanbul. 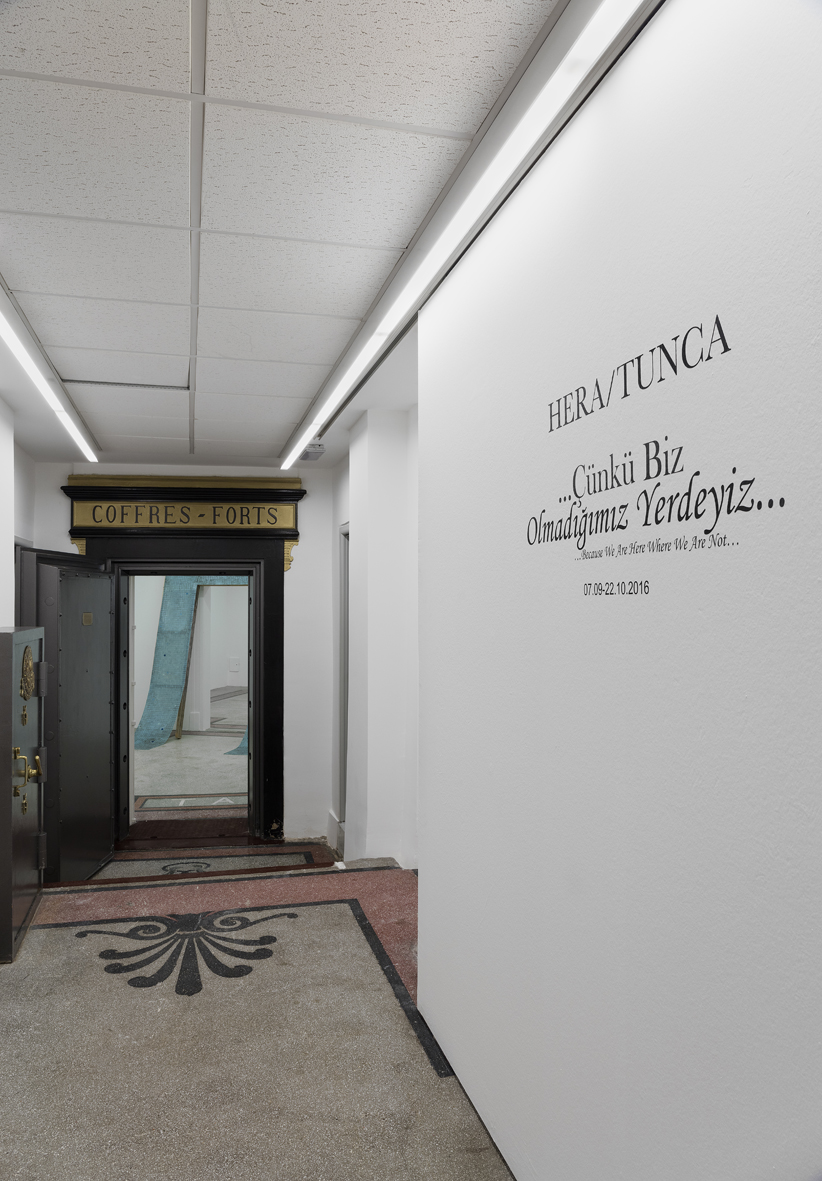 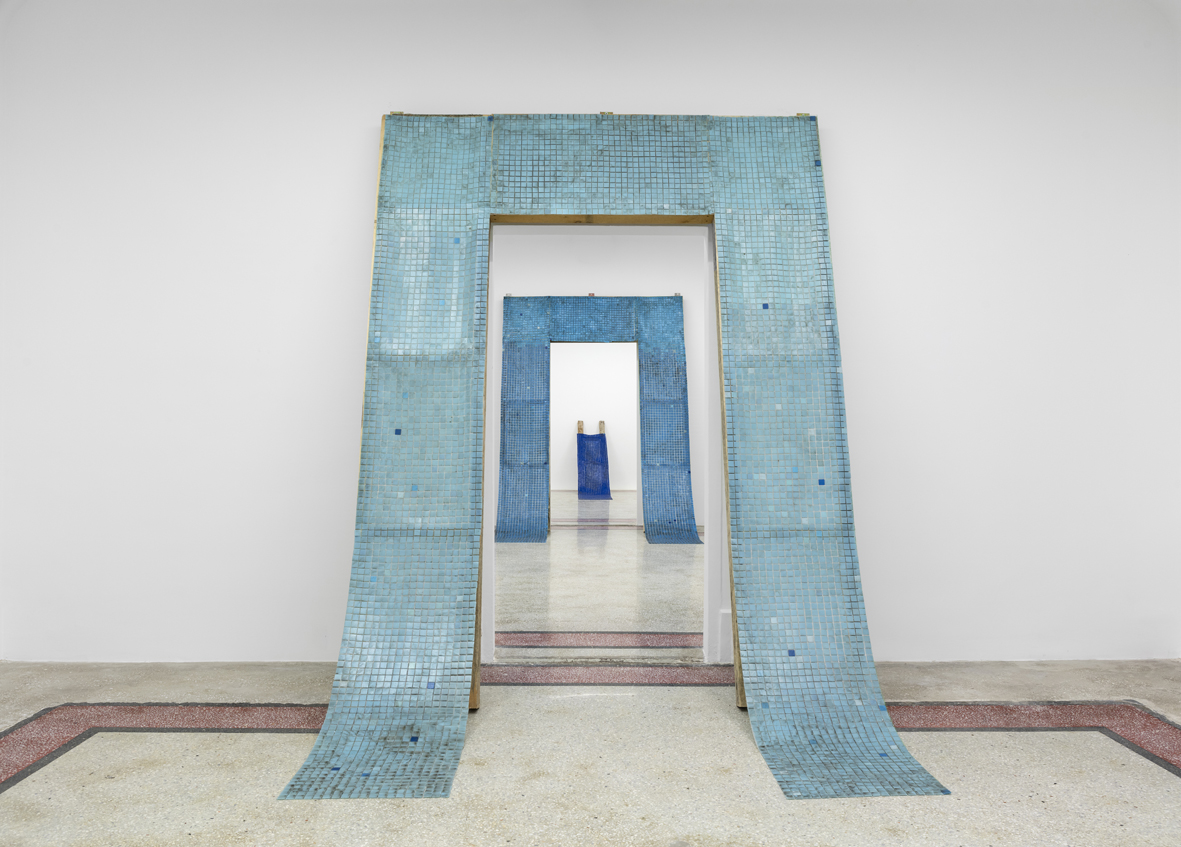 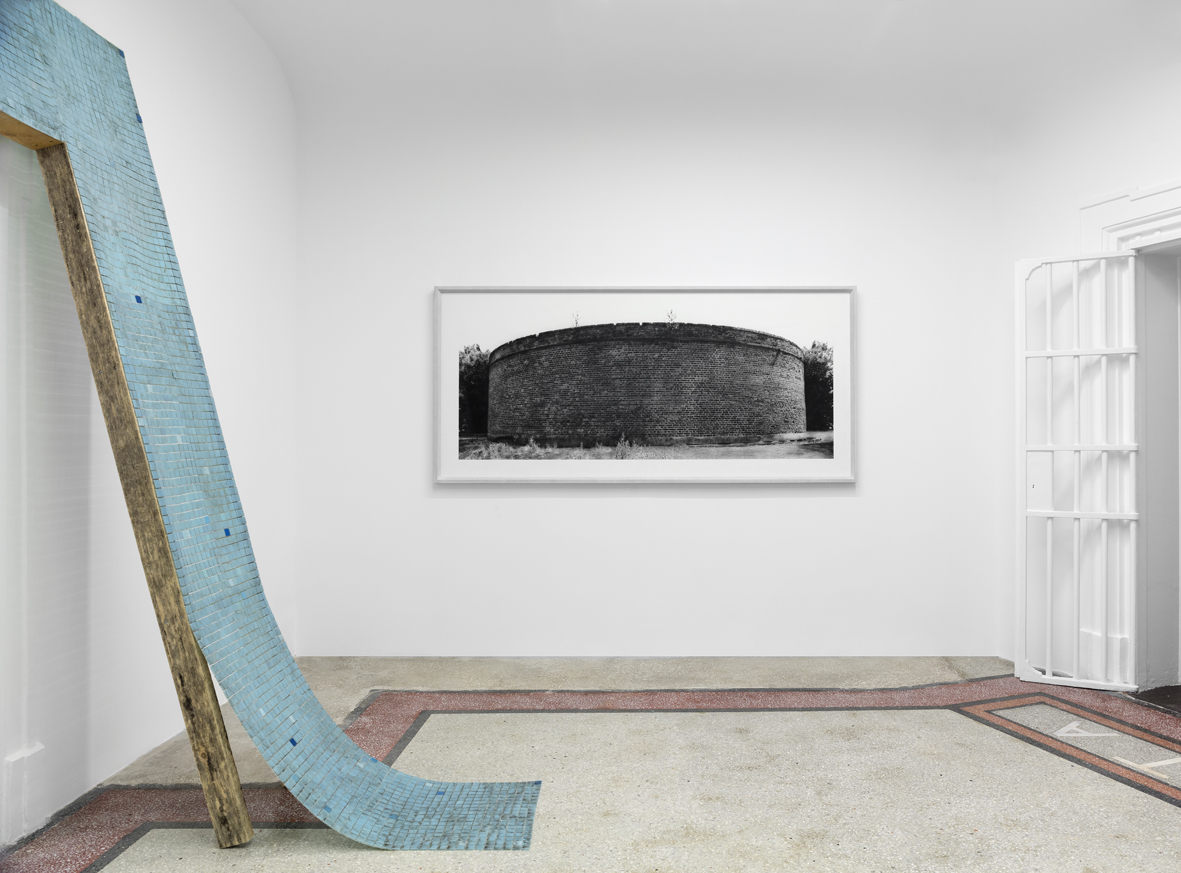 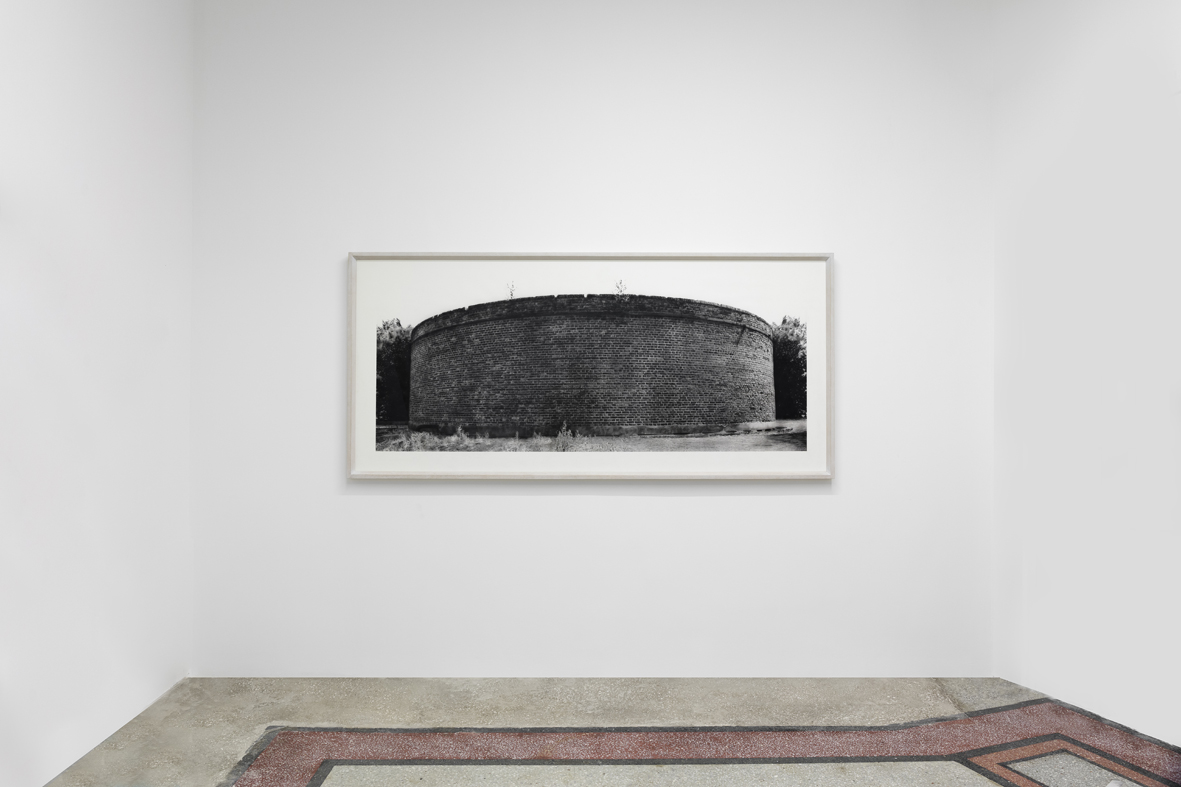 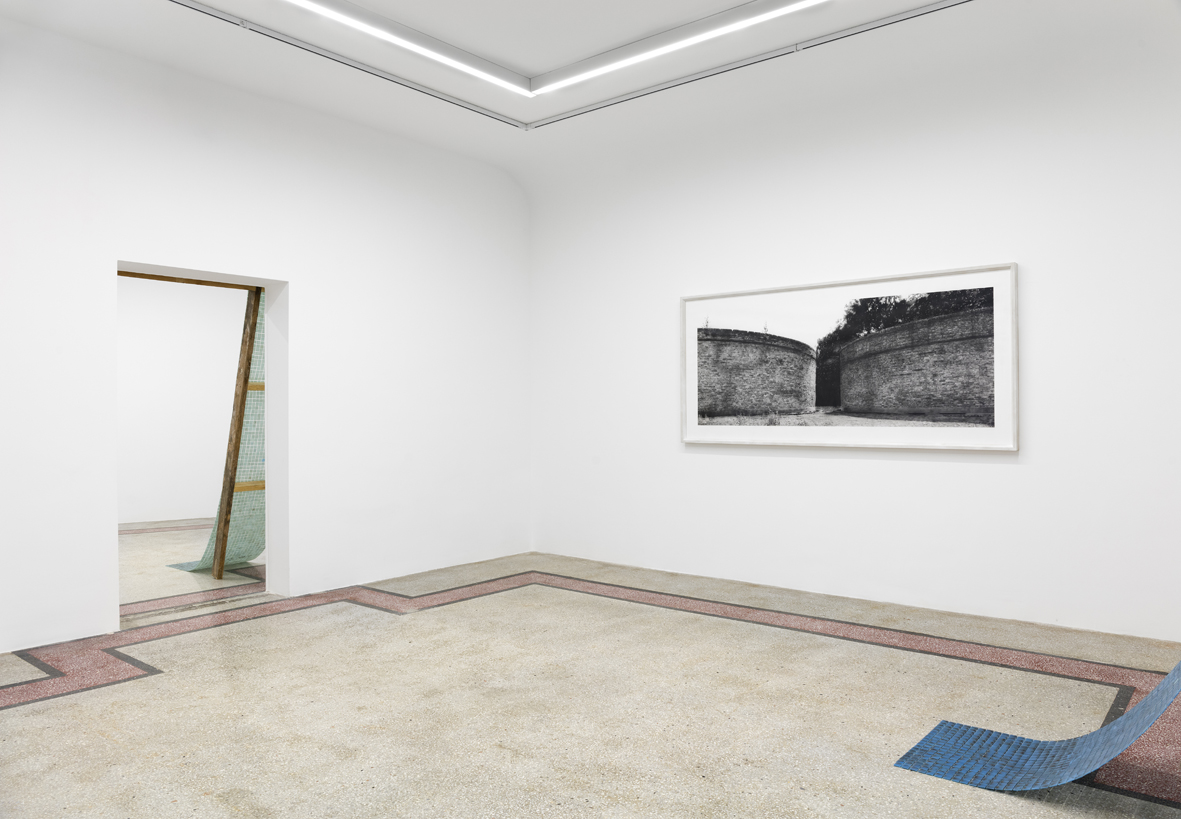 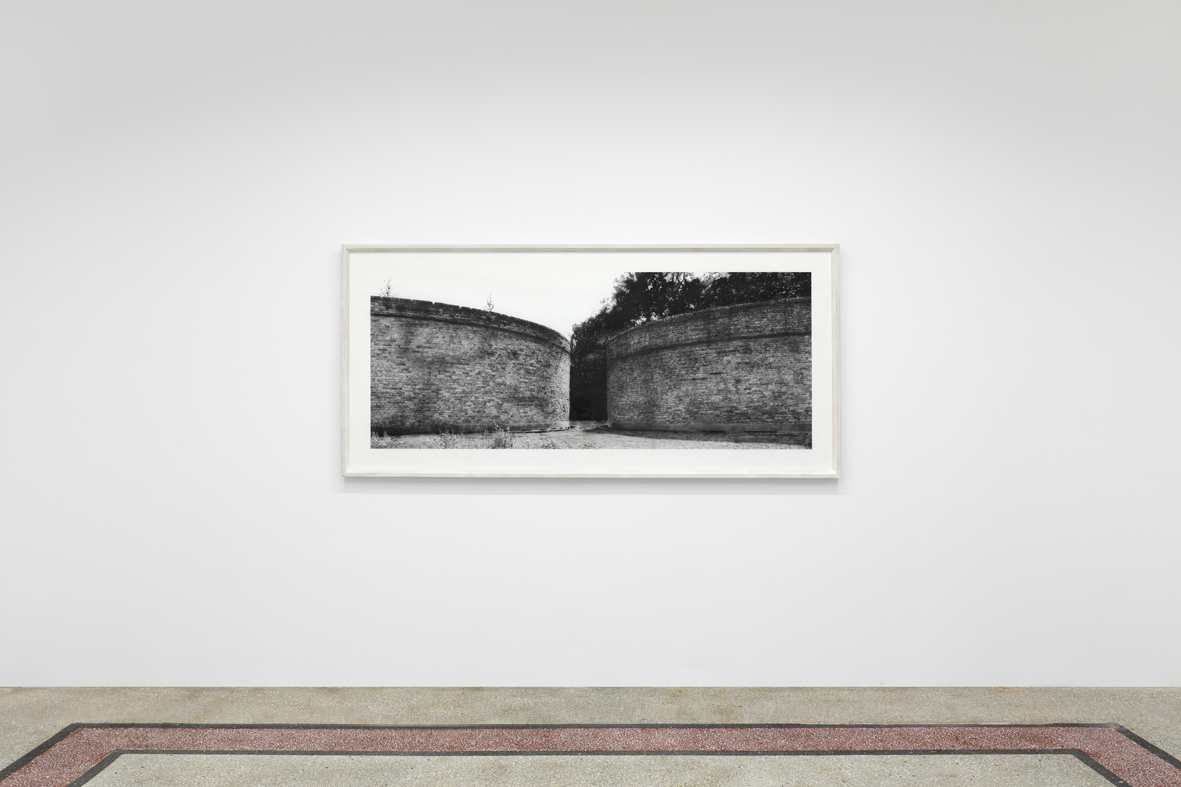 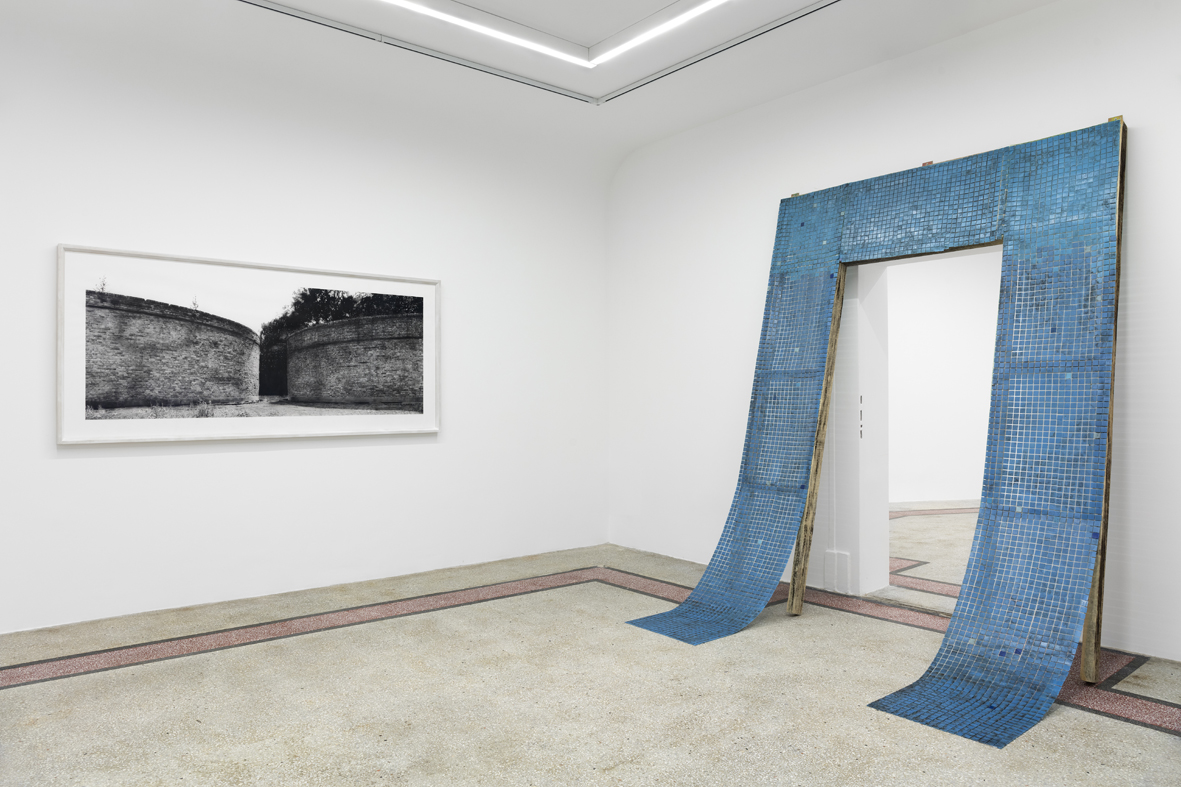 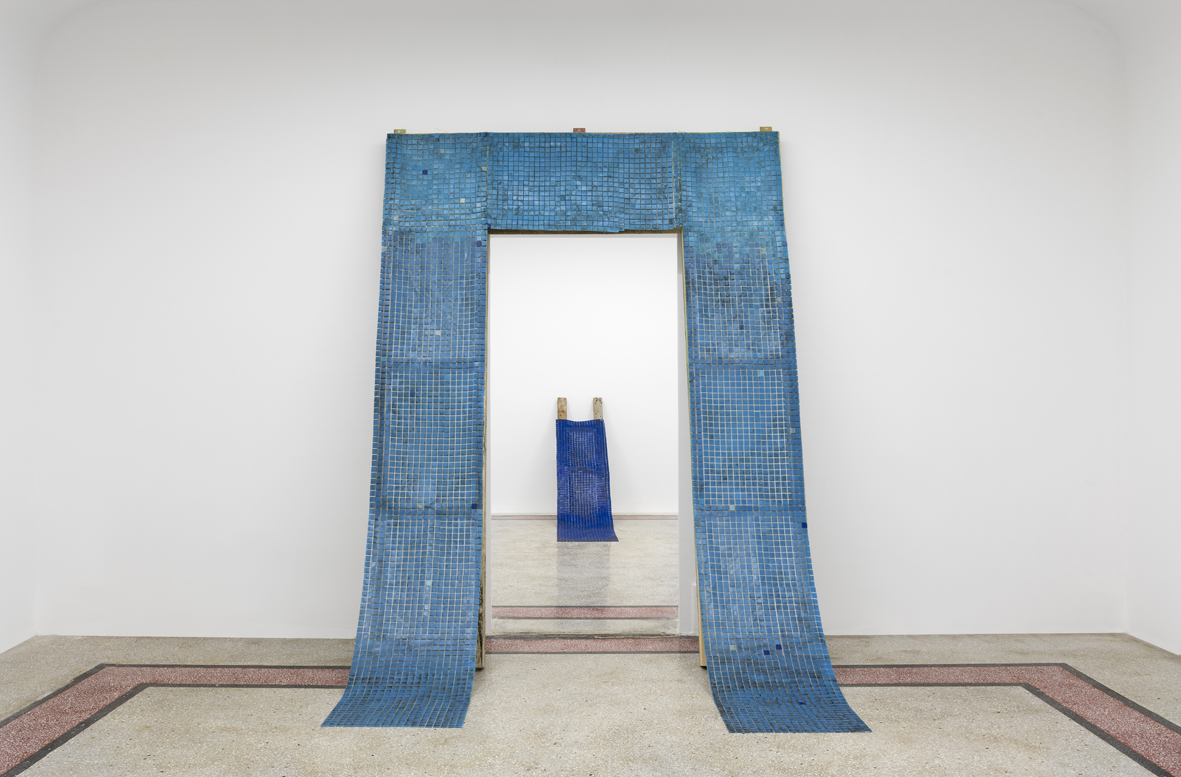 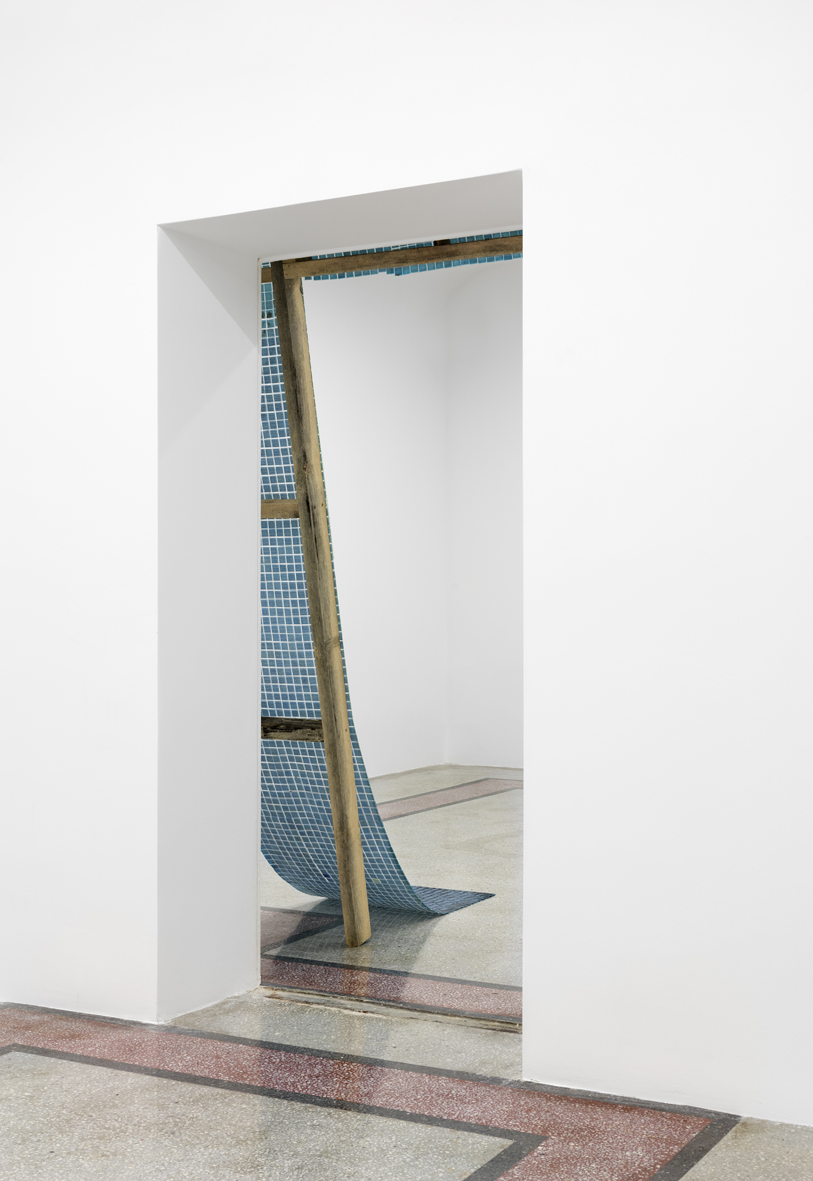 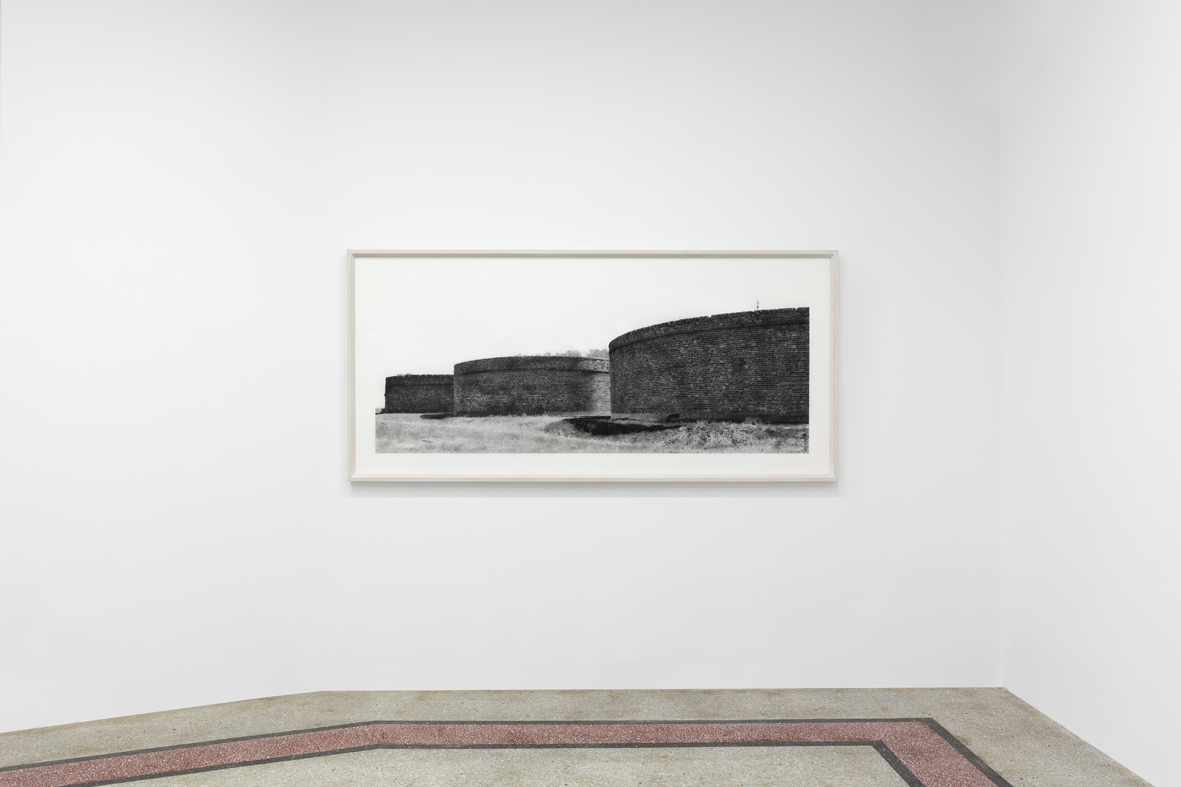 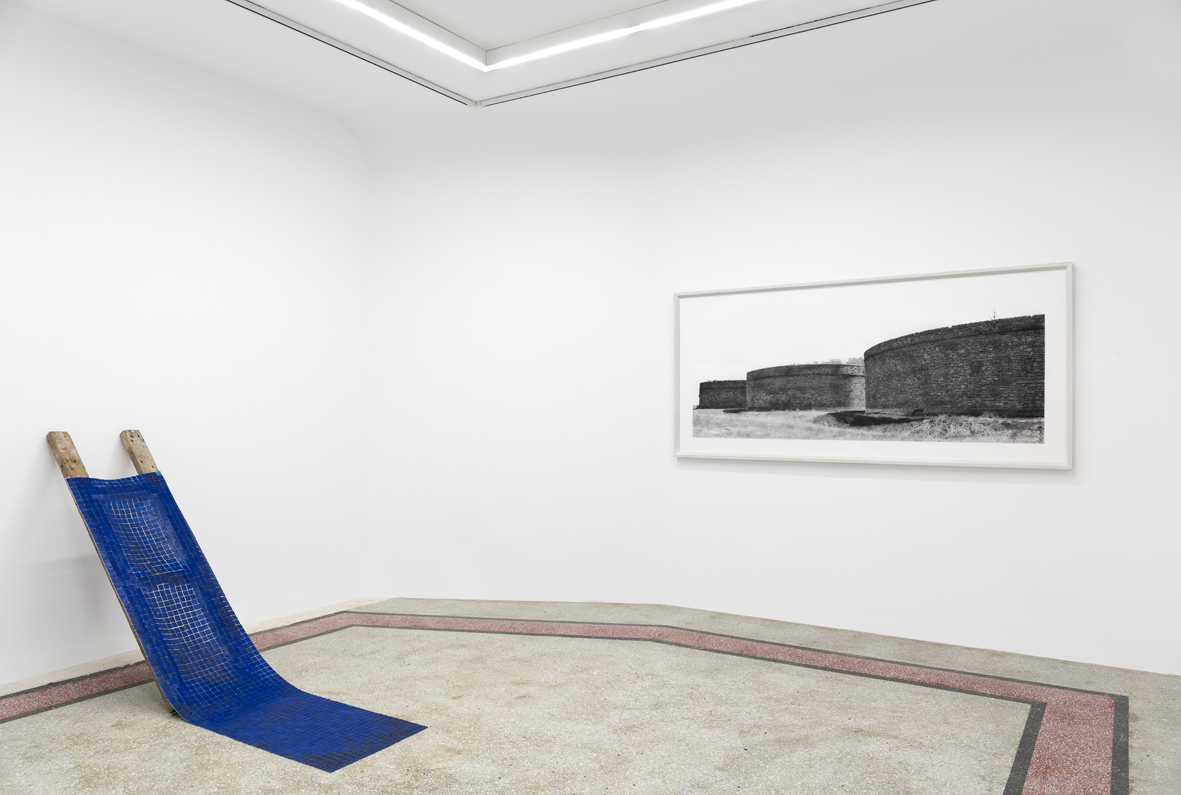 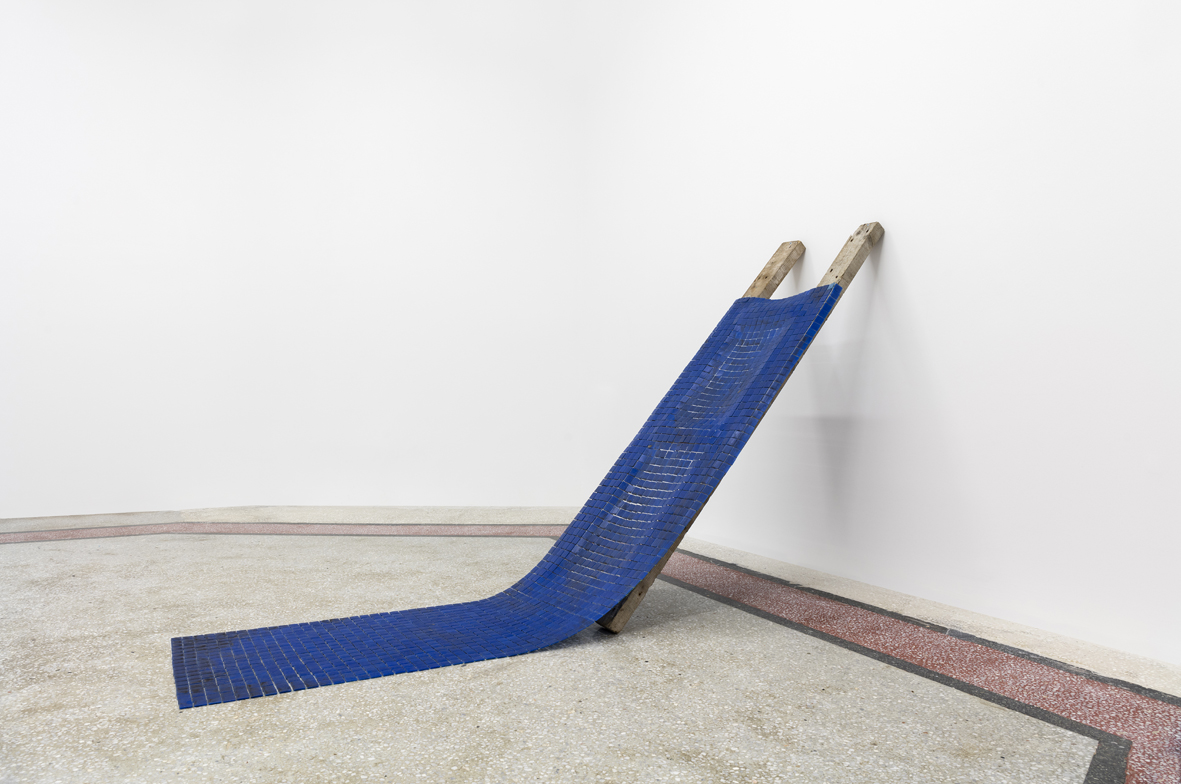 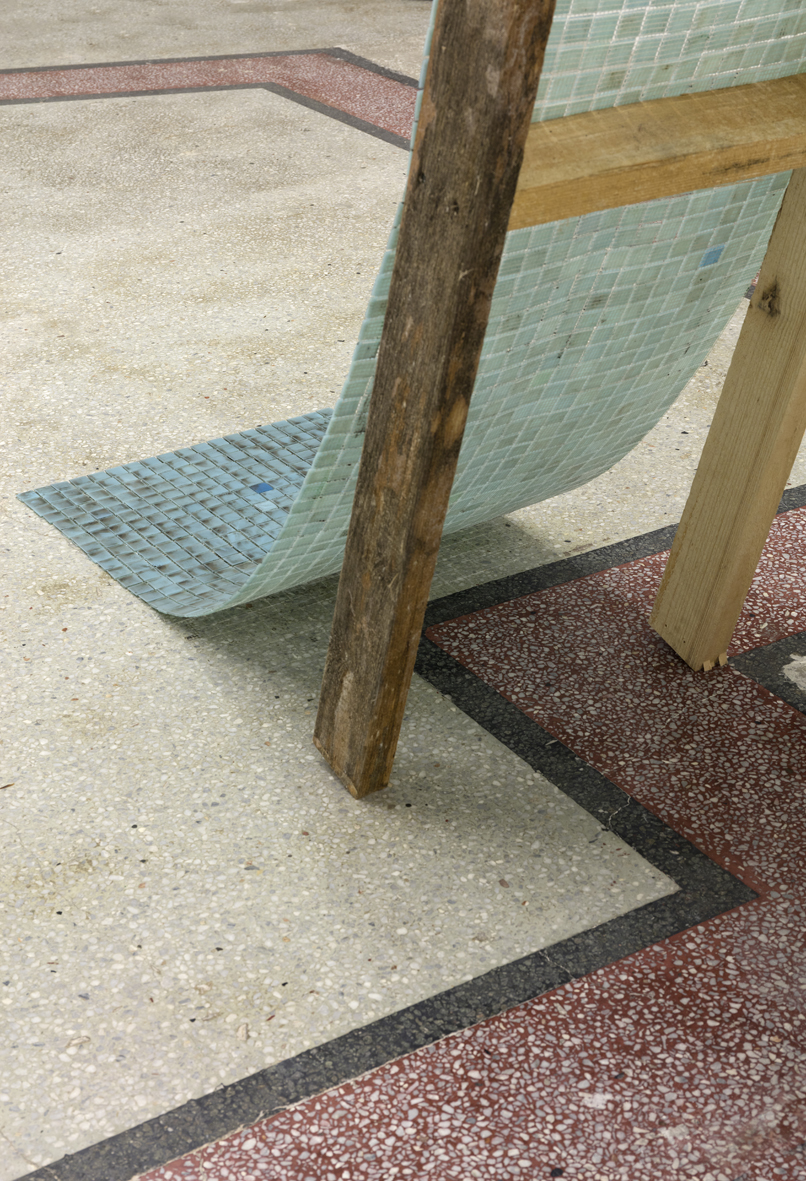 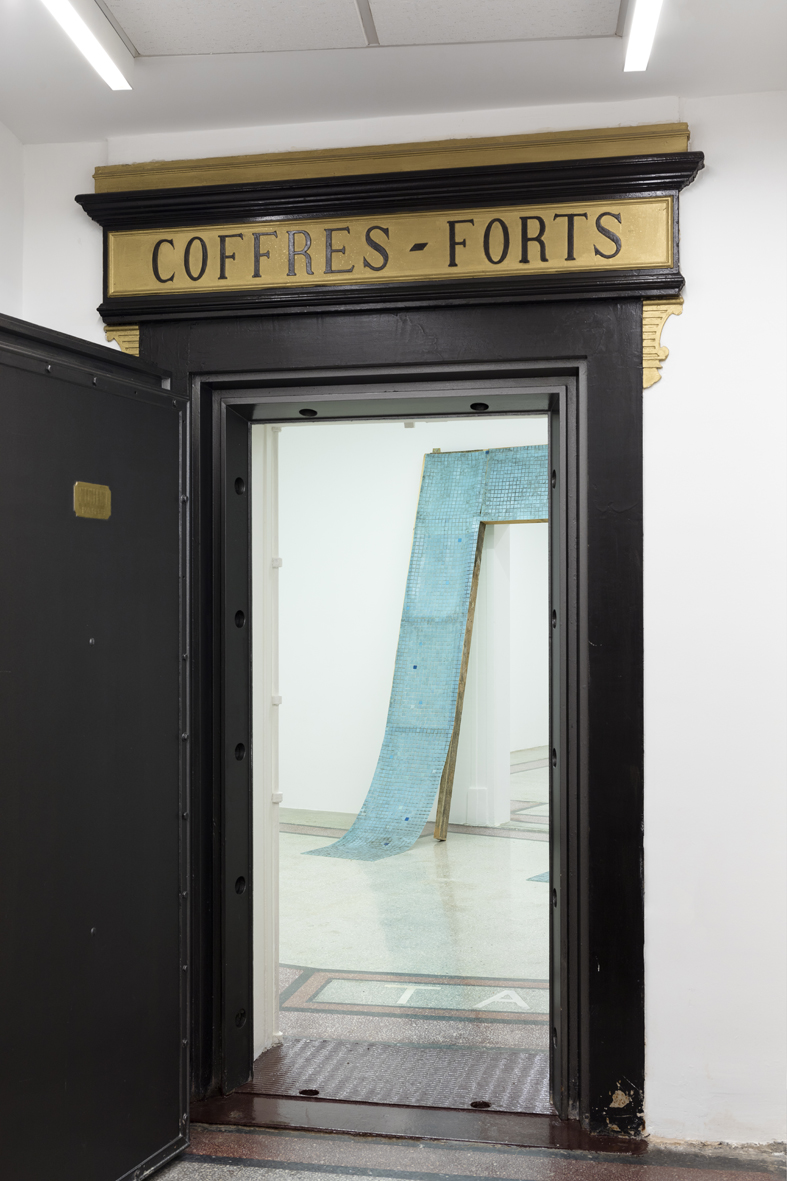 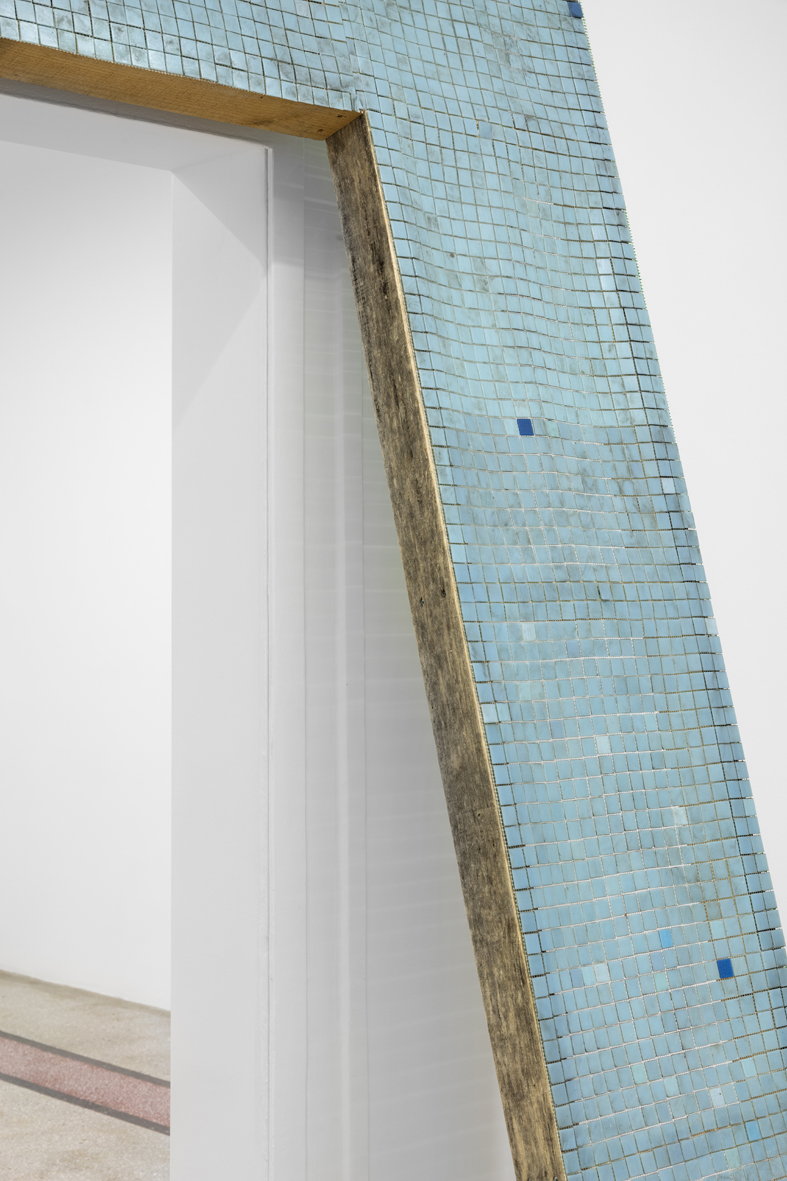 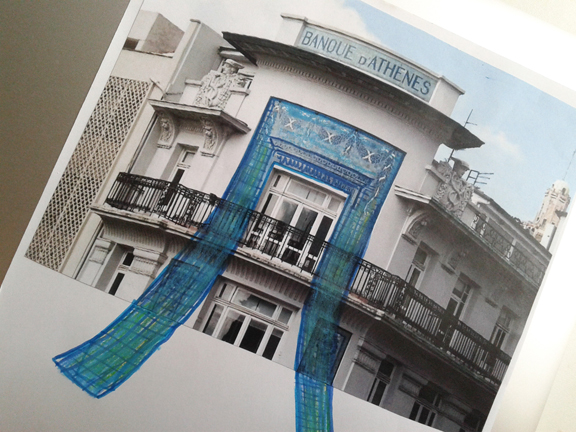