If the body is really a shell to the self, an interface between the inner and outer worlds, or even a direct passage into the unexplored depths of the self, then maybe, all that fighting for it actually has a point. As Didier Anzieu and many of his contemporaries have argues, there is a straightforward relationship between the body and the soul; the body has perhaps the most instrumental role in the creation of the self; it is a sensory network, a cover, an envelope. It is a beginning and a limit at the same time. It is the last checkpoint that opens to a world of complicated motives engulfed in fiery anger, and somehow holds it together.

Maybe that is why every tiny speck or grain in what is an infinite sea of pale or burnt, dark or light sand recalls a story in itself; is a moment of memory, a vault of information. Each scar small or large, each tattoo exposed or concealed, the slightest shadow on the face, mark on the chest, color on the skin becomes poetry sometimes; at others a novel, or a festival imagined for darkened movie halls. The skin is where the film begins.

The name of the exhibition -to show color- can be interpreted in two complementing, even successive meanings: Saying it bluntly, letting in, showing intent, disclosing position, exposing oneself. Refusing to stay hidden; coming out, coming clean. But there is the unmistakable expectation which points at the artist's pallette, videographer's pixels, the red, black and white of photographs -- that indispensable part of artistic creation that is the fundamental act of the artist: who expose themselves by showing their colors, or color themselves into existence.

The three artists in the exhibition bring three different takes on body and color. Çınar Eslek depicts our deepest shadows, primordial instincts like hope and fear, showing disbelief at how easily we internalize meta narratives. Marguerite Bornhauser photographs dreams in color built in layers on skin, showing how the colors that may be given to the skin can be as fickle as sensitivities, sometimes shaded, occasionally harmonious and dramatic, but always lighthearted and vibrant. Semiha Berksoy’s works have an almost totemic presence in the exhibition. They say that makeup may be the spirit's projection onto the skin; that laughter, when branded with fiery red right above the smile, can be the symbol of a candid, light, flirty, fiery or exalted existence. All three use unconventional colors to suggest that the body is the first front to be conquered to resist against normalization.

Yekhan Pınarlıgil (1975, Balıkesir). Art historian and independent curator. Held experimental film and video screenings at the National Institute for Art History (INHA) in Paris between 2004 and 2008. From 2009 onwards, Pınarlıgil curated programs for a number of festivals and art centers, including “Etat d’âmes: une génération hors d’elle” (Paris Academy of Fine Arts), “Turquie, et alors !” (Centre Pompidou), “Gizli Yüz” (Elipsis Gallery) and Paris Fashion Week. In addition to exhibitions and events, Pınarlıgil took active part in research projects in art history on topics such as the history of European video art, gender in contemporary art, and scenes of art under globalization. Yekhan Pınarlıgil thinks on the critical power of art and the place it occupies in the social structure, exploring and inquiring solutions offered by art and artists to the society's mechanisms for normalization and control. Yekhan Pınarlıgil lives and works in Paris.

Semiha Berksoy (1910-2004, Istanbul). Turkey's first woman opera singer to be awarded an Artist of the State recognition. After studying at the Istanbul Conservatory and Fine Arts Academy Namık İsmail Studio Art and Drama School, Semiha Berksoy went to the Berlin High Academy of Music Opera Department in Germany with a government scholarship, and began her opera career in 1934. Among her unforgettable roles are Ariadne in Richard Strauss' opera "Ariadne Auf Naxos" in 1939. She took part in the Carl Ebert productions of "Tosca" and "Madame Butterfly", and in the "Deli Dolu" and "Lüküs Hayat" operettas. In 1999, she sang at the New York Lincoln Center in Robert Wilson's opera "The Days Before: Death, Destruction and Detroit III". Outside her musical career, Semiha Berksoy has been known for her colorful, expressionist paintings. Her opera and theater life are reflected in her paintings, patterns and scenes depicted on sheets. The artist's work features fictional heroes appearing in nearly legendary plays, or people in culture and arts circles she frequented. Another subject of choice is self-portraits. The artist draws sharp lines reminiscent of art brut, expressing her inner world in colors. Semiha Berksoy is the symbol of an unstoppable desire to produce, and a narrative that is just as vivid and vibrant.

Marguerite Bornhauser (1989, Paris) uses different photography techniques to focus on a motif, a work of literature, a portrait, and sometimes a concept while keeping colors in the foreground all the time. She approaches the subject in excessive, even microscopic detail, blowing them up into abstract landscapes, or may sometimes step into the shoes of a flaneur, designing a story that revolves around images. In addition to her photography-focused research, Marguerite Bornhauser’s editorial work also underscores her skill in using colors and desire to use them. Her first book “Plastic colors” was shortlisted in the debut novel contest held by Mackbooks in 2015, and was printed two years later with the support of this prize. This was followed by the photography books “8” and “Red Harvest”, also printed by the same publisher. Marguerite Bornhauser is also a photojournalist, portrait artist and fashion photographer who works for major national and international media outlets. Her work has been exhibited in the Photography Museum of Europe in Paris, the streets of Cincinnati for the Cincinnati Art Museum, in Arles for the Photography Festival, in Deauville for the Planches Contact Festival, in Agnès B. Gallery, and in Toulouse and London. The artist lives and works in Paris.

Çınar Eslek (1976, Tunceli). Çınar Eslek creates in a variety of media including canvas, photograph, video and installation, and often focuses on possibilities of action, the body, traces of movement, and their dialog with the place. Eslek problematizes representation strategies both with autobiographical references and metaphoric meanings founded in the body's experience of the forces of existence, sentience and exposure. The artist explores the possibilities of the body for living/being lived in, thinking/being thought, and positioning/being positioned as a complicated material existence. Eslek conceptualizes the body as an actor in the clash between the organic and the inorganic, natural and artificial, machine and technology, and thinks on the relationship among bodies. Çınar Eslek’s work has been exhibited in a number of personal and collective exhibitions: “Koyaanisqatsi” (2016, PGArt, Istanbul), “Keskinlikten Uzak” (2013 Pi Artworks Istanbul), the video "Prologue" in parallel with the exhibition “Etten, Kemikten” curated by Kevser Güler at Bilsart, “Before The Past - After The Future” (2018, 6th Çanakkale Biennial), “The Animal Side”, (2018, Mixer Galeri, Istanbul) “Sınırlar ve Yörüngeler” (Siemens Art, 2009) and “26th Contemporary Artists” (2008, Aksanat). Çınar Eslek lives and works in Istanbul. 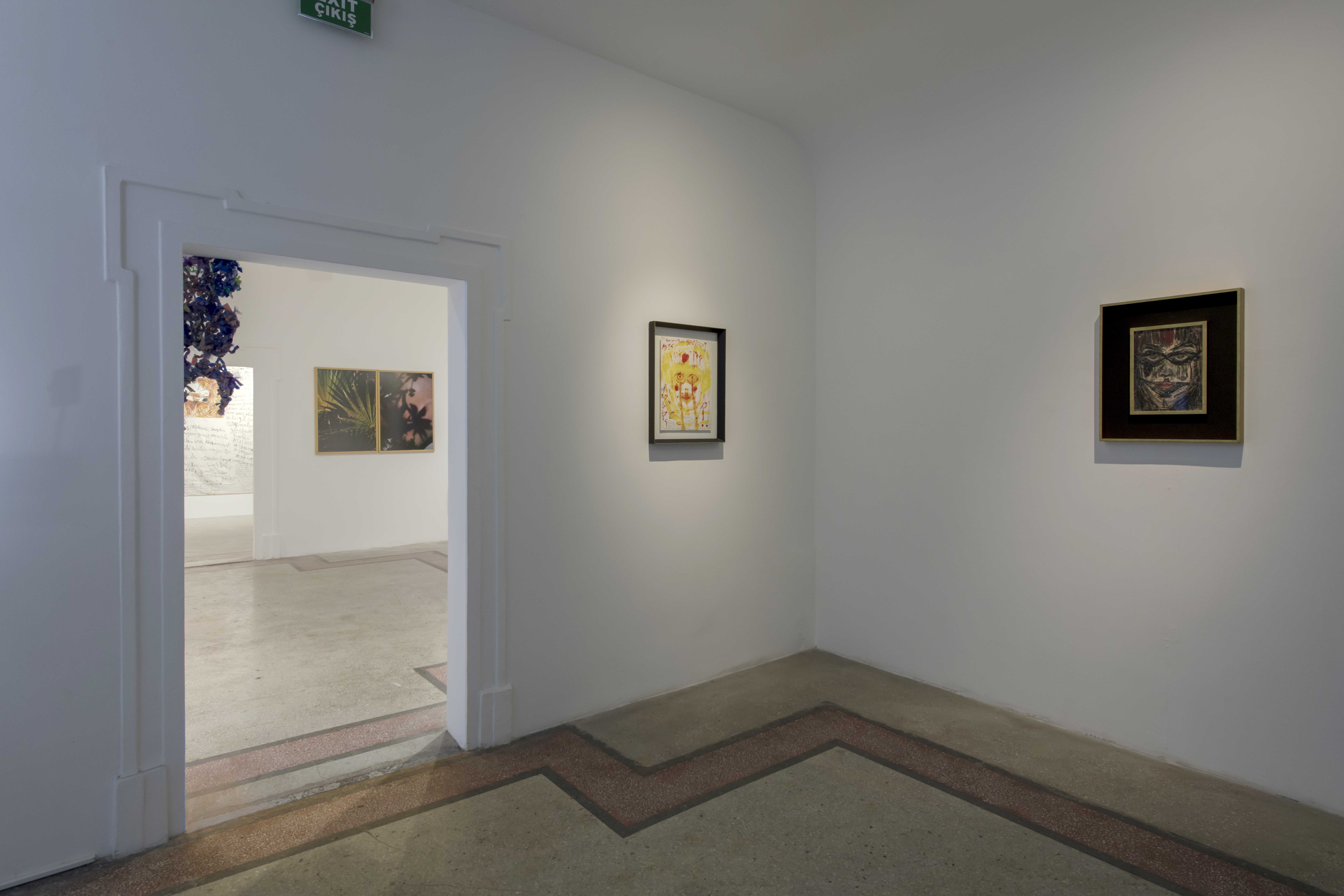 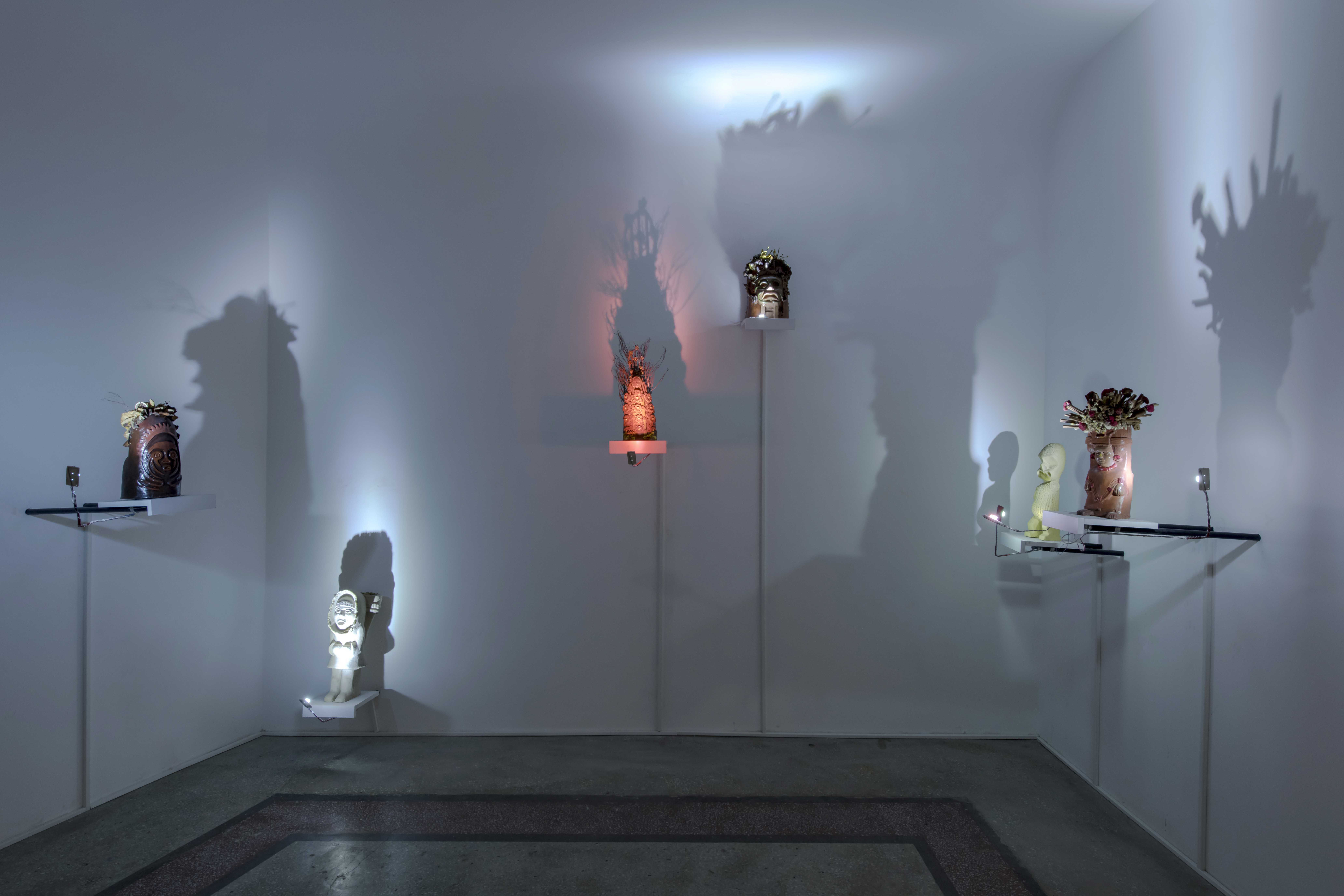 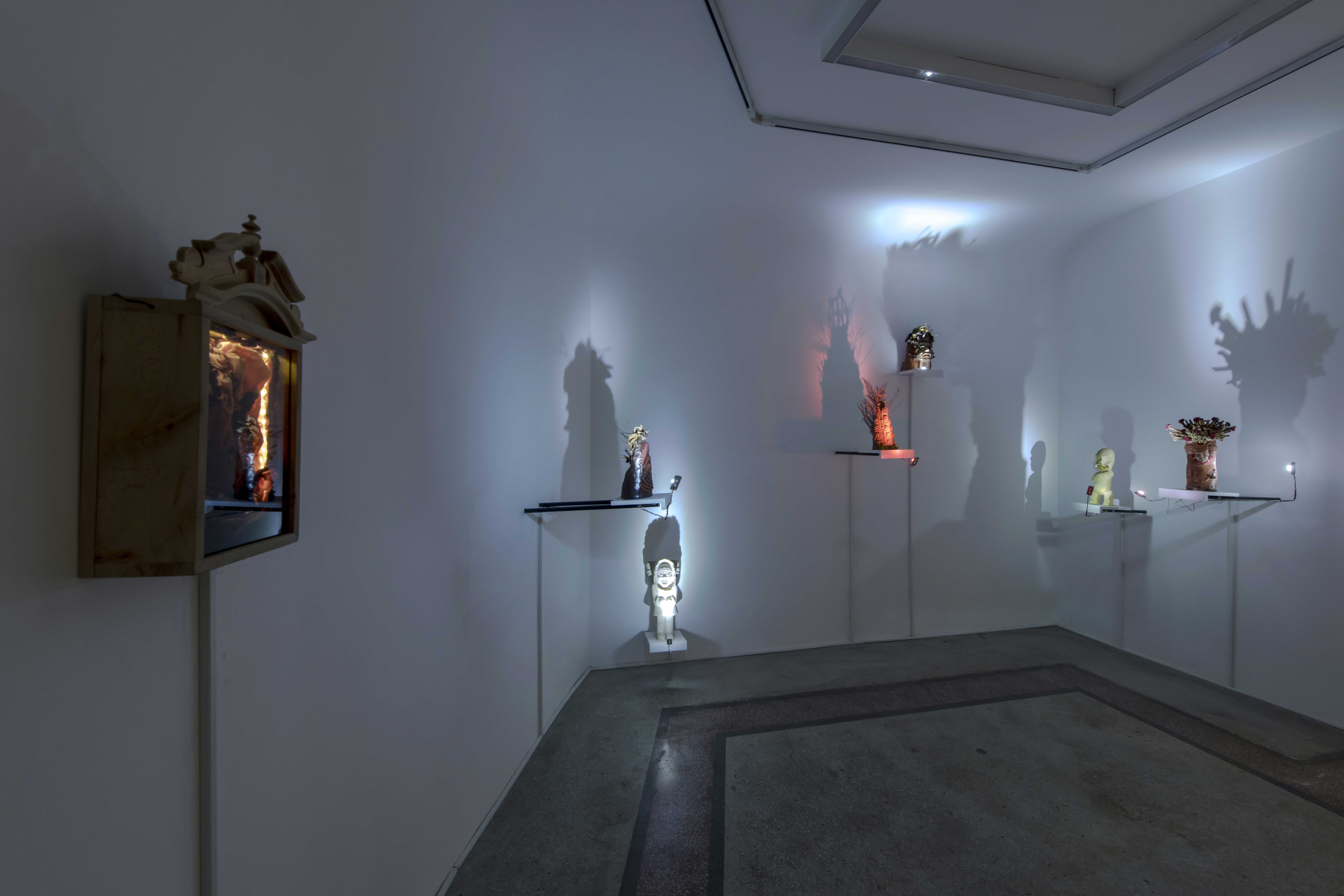 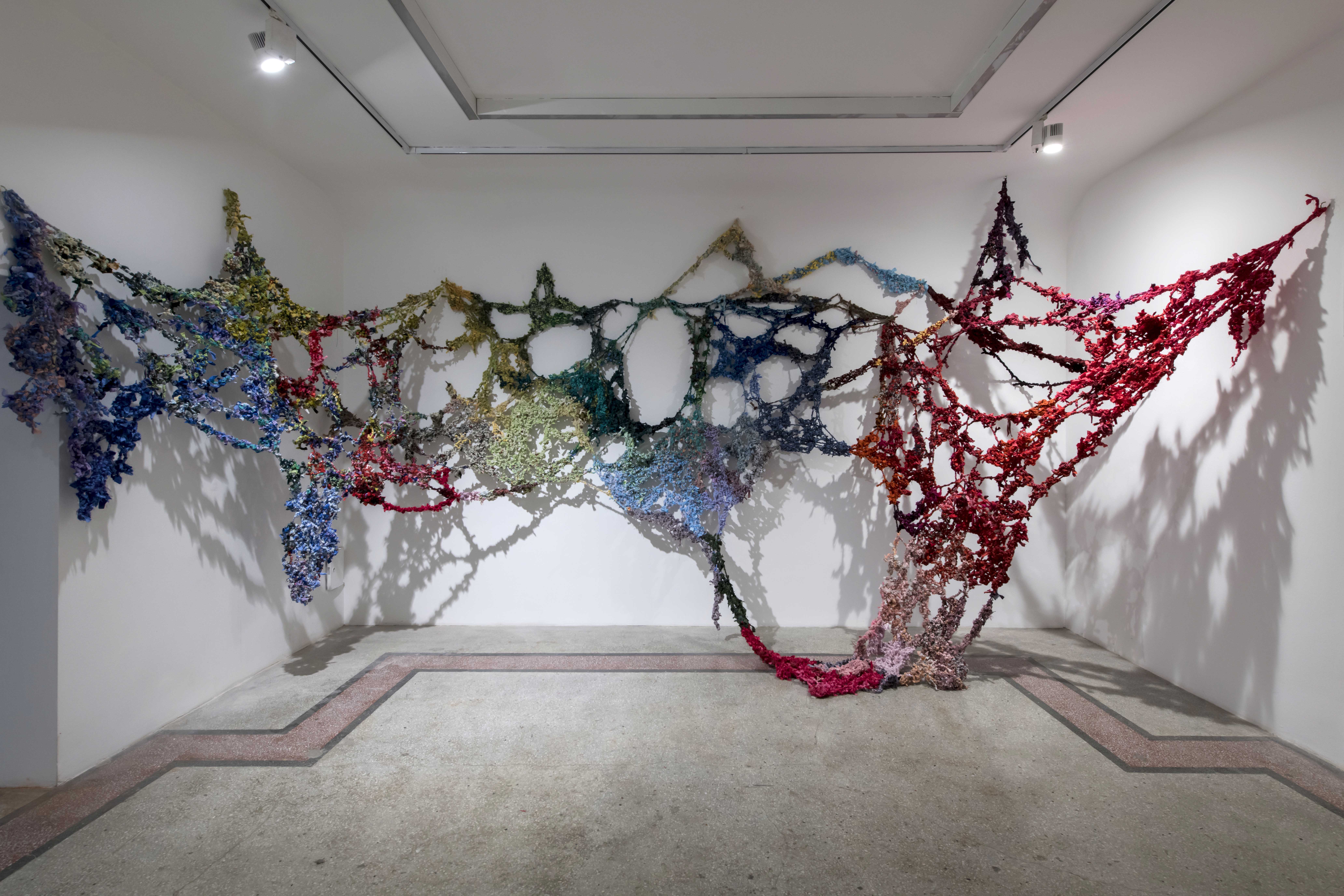 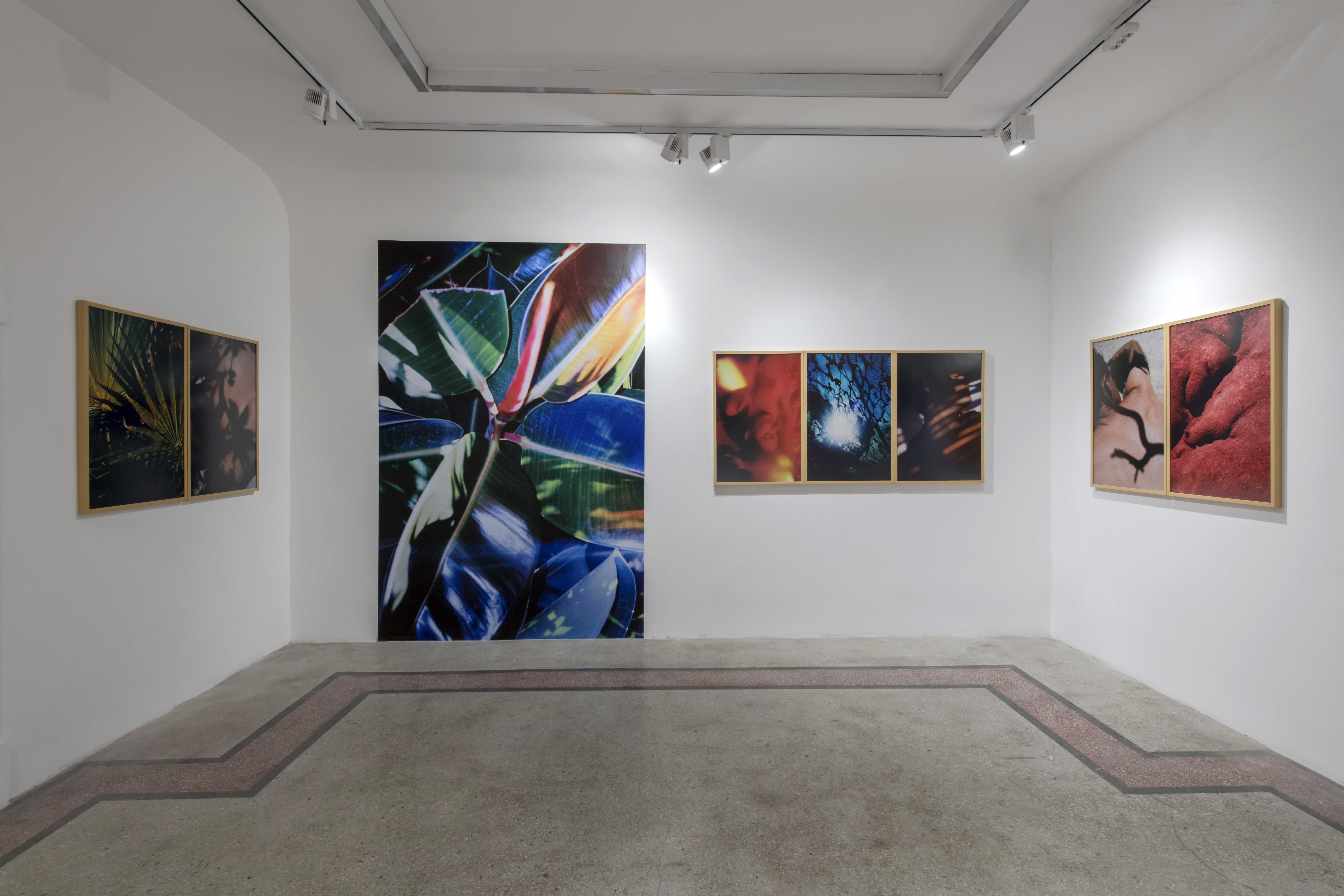 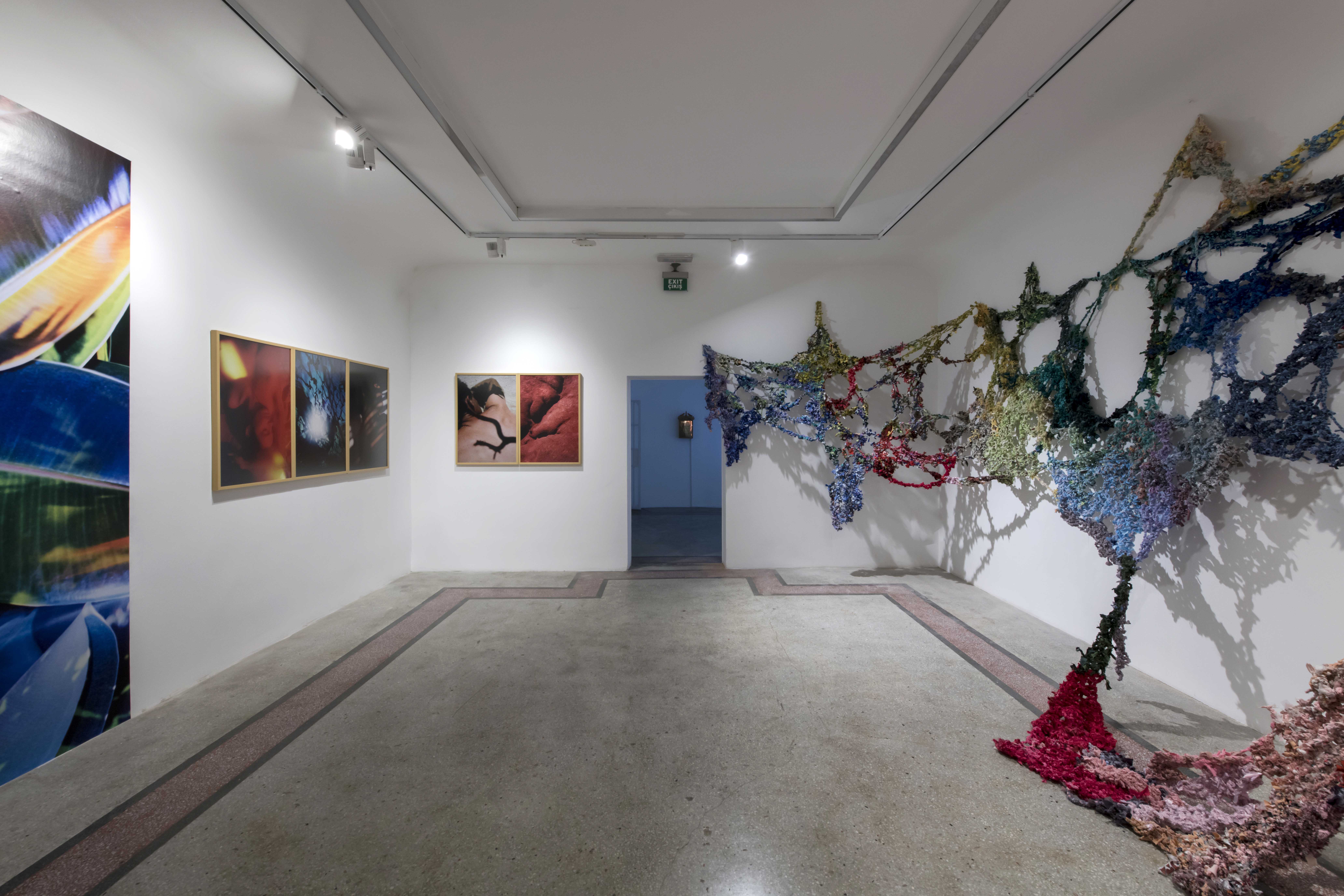 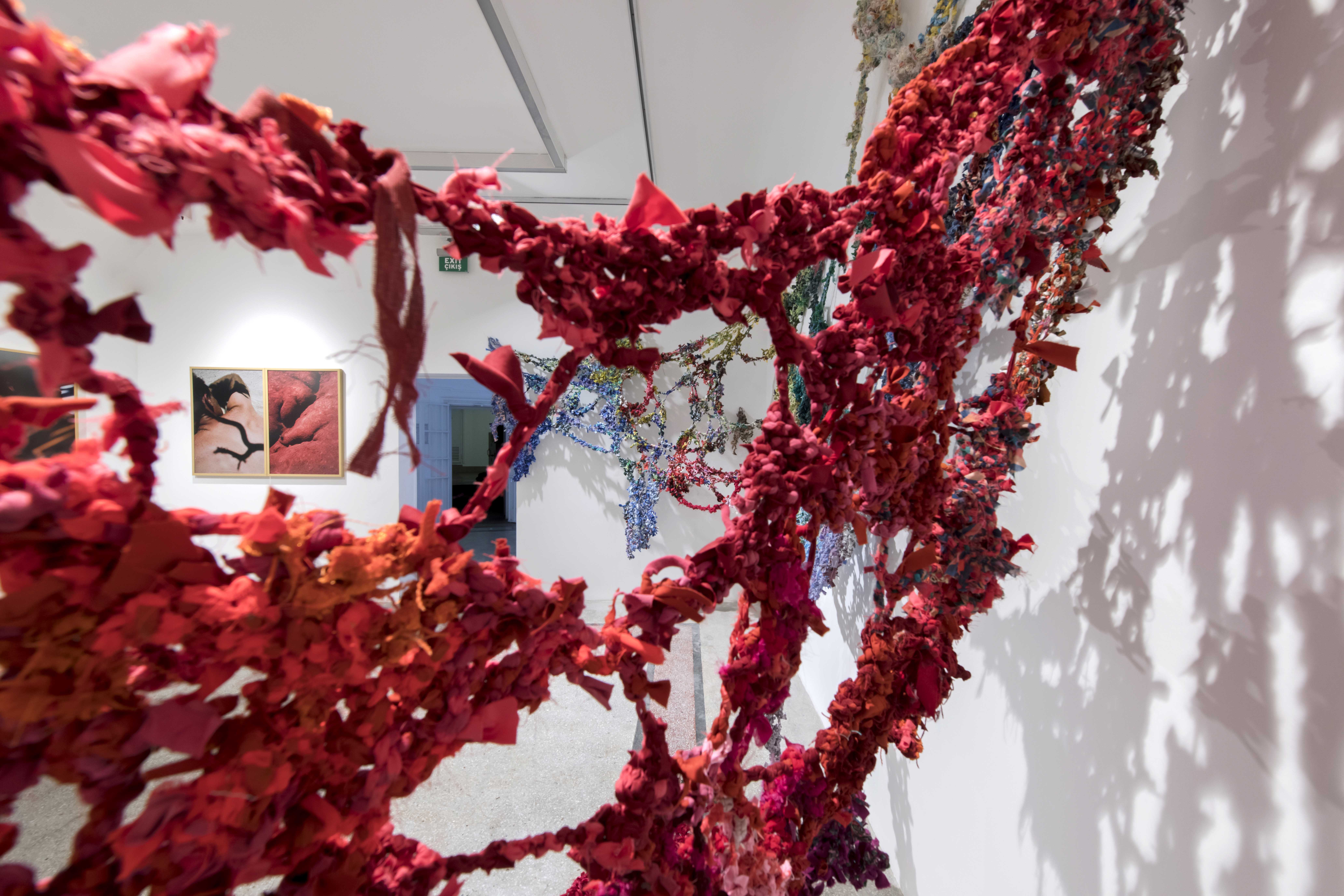 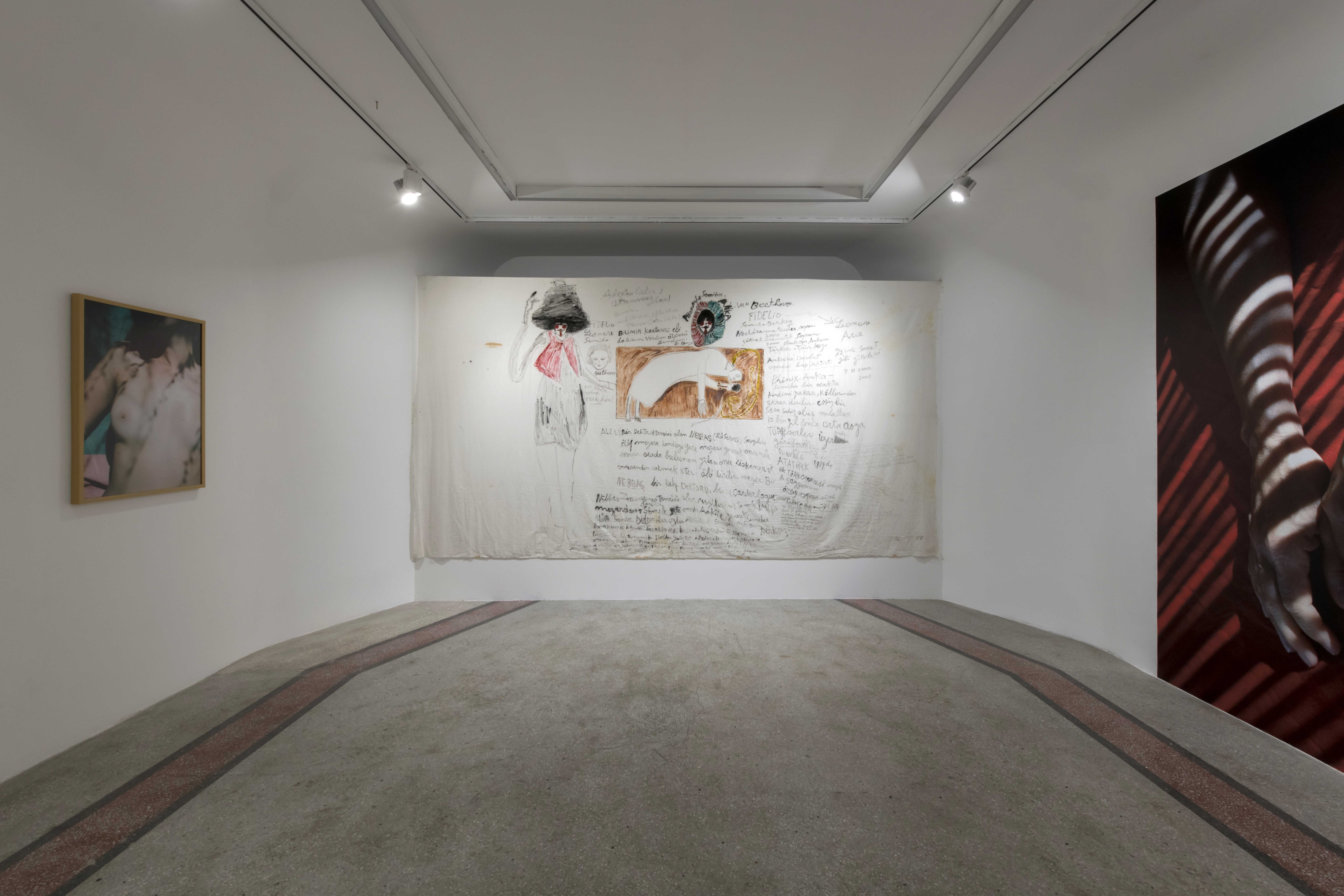 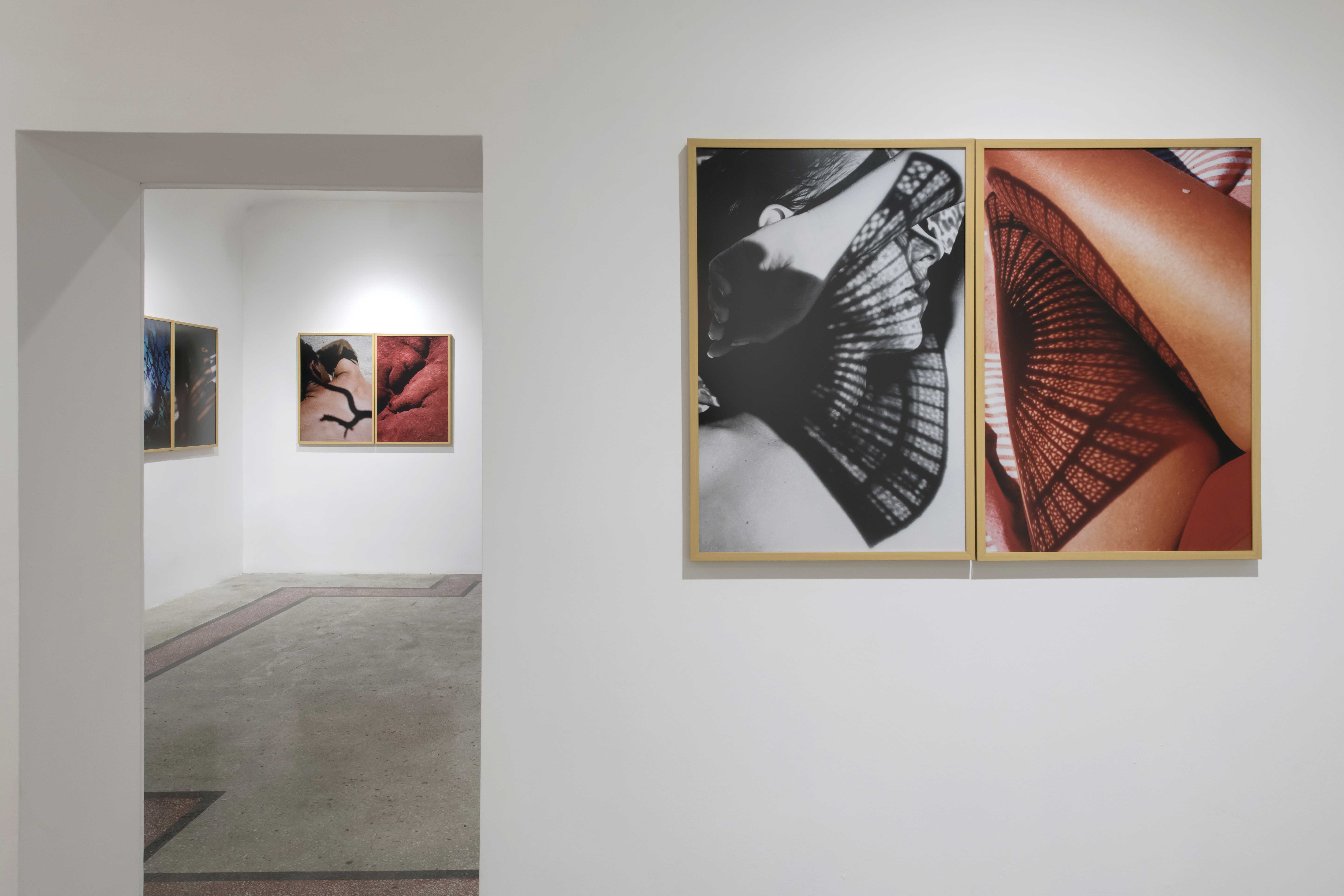 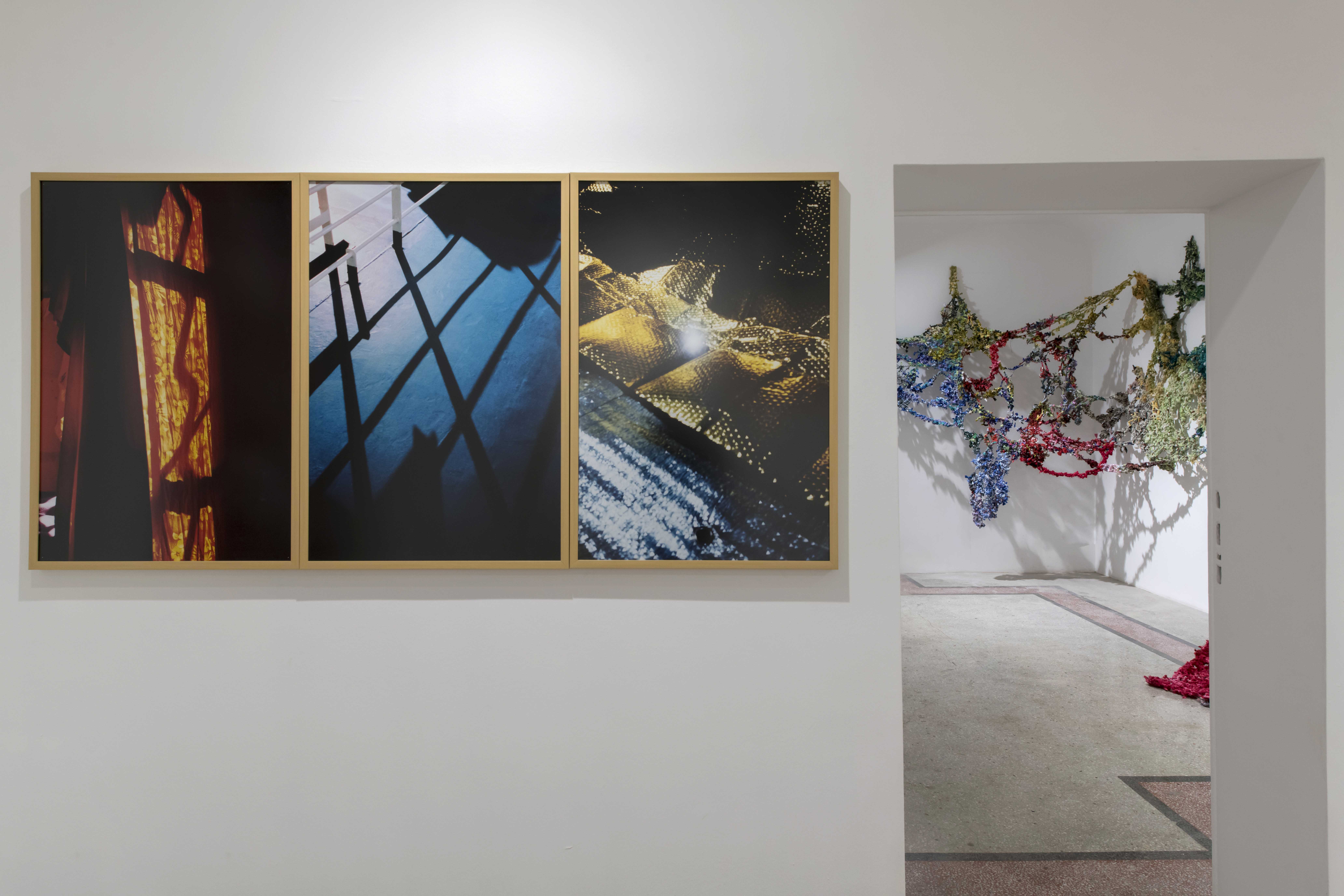