“Our story is the old clash between history and home.
Or to put in another way, the immeasurable impossible space
that seems to divide the hearth from the quest.”

The World and Other Places: Orion, Vintage, 2000

It is asserted that in all kinds of transformations in historical accumulation and social organization systems, at the heart of the political, economical and cultural structures that trigger the transformation lies spatial formation processes. From relation between the civilization narrative and settling to nation-state systems; from global internationalist imagination to changes in concepts of geography-attachment-identity under the influence of immigration-exile and translocation, to evolution of time and space borders towards continuously changing fluid networks, the concept of space –physical or perceptual– becomes the space of the subjective experience. As Edward Said said, can seeing “the whole world as a foreign land” make creative thinking possible? Can any kind of definition of geography, land, place, city, neighborhood, home, and spatial attachment be still possible with today’s mindset? In the chain of events from physical destruction to the devastation of humanity, can creative action as an expression of collective consciousness and common culture be home to things left behind by destruction and devastation?

The “Impossible Space” exhibition to be held on 23 March – 5 May at the Kasa Gallery gathers the works of Deniz Aktaş, İhsan Oturmak and Hasan Pehlevan that are developed around those questions and based on concepts of place, attachment, destruction, construction, and memory.

Deniz Aktaş, questioning the traumas of the collective memory with a perspective of human-space relations, reconstructs the city as a never ending construction site in his recent works. He is focused on the bureaucracy of the ongoing construction taking place outside the realm of human-space relation, and in his recent compositions he is interested in revealing out the dead moments, dead times deciphering this bureaucracy spiral. In drawings and paintings he produced for this exhibition, he reconstructs silent spaces among the tacit layers of memory. In his quest of the impossible being of one single landscape he deduced from urban scenes he collected from cities such as Diyarbakır, Istanbul, and Paris, Aktaş meticulously creates intense, poetic, and multi-layered scenes in the middle of the debris of sociopolitical and cultural devastation of the city, in abandoned buildings, ruins, and weeds.

İhsan Oturmak recently creates works based on thoughts about manifestations of power systems, control, and domestication mechanisms in social life, with a focus on the education system, correction mechanisms, and surveillance-architecture-city relation. He investigates the possibilities of social reactions in the face of political/social control mechanisms. The scenes he created for this exhibition are centered in an utopia: Egalitarian, communal life and peaceful order constructed at the prehistoric Çatalhöyük settlement. In Çatalhöyük, 9000 years ago, 8000 people lived together for about 1400 years… Oturmak, concentrating on implications of the nature of this knowledge on space, compares the Çatalhöyük settlement plan to the bourgeois urban plan that flourished in the 19th century. It is known as the Haussmann Plan which, beyond conceiving a modern urban plan and intervention, and reforming living spheres, aimed at dividing diversifying social classes and controlling civil insurrections and riots. The artist with his installation, seeks the remnants of the practice of common life of Çatalhöyük in the depths of the modernist construct that caused shocking transformations in daily life and city, or, with his words, “the absolute alternative to not being able to go out to streets, and a way to come back home.”

Hasan Pehlevan, substantially taking the idiom of abstract form as the basic visual ground of his works, looks at the regular accumulation of “knowledge” from Mesopotamia to modernity both visually and historically, with a focus on “motif.” The artist uses color, line, geometry, and mathematical abstraction dynamics in various mediums. The works he created for this exhibition making an intervention to the public sphere are installed into the gallery space in an interdisciplinary form. Pehlevan makes Fikirtepe –which is one of the most ancient settlements of not only the city of Istanbul but also the Marmara Region– the scene of his artistic act: A place that has been experiencing the destruction of the present “urban transformation” in the most aggressive manner. He visualizes his criticism of historical-cultural destruction, urban rent economy, systematic destruction of public spheres, and intensification of social class division as center-periphery, as a kind of memory keeping effort via his artistic intervention.

The ideal of progressivism constructed upon the destruction of the predecessors became a myth intending to prove the supremacy of the “human” who sees himself at the center of all. Perhaps, the human who sees himself above the heights of time and space must have recognized that those summits actually never existed. Deterritorialized spaces of Deniz Aktaş drags us along uncanny, silent, but ghastly landscapes without getting us involved in the tragedy of reality. İhsan Oturmak’s new urban landscapes that take their reference from Çatalhöyük gives us an utopic dream of collective life, a space to rehearse our dreams. Hasan Pehlevan’s temporary interventions on disappearing spaces function as spaces pointing to how urban destruction makes the abyss between social strata more visible. “Impossible Space” points to deterritorialized, out of context, impossible spaces. Perhaps all that activism on time-space, place, attachment, construction, and memory layers should be about what to do next, beyond managing well our devastation. 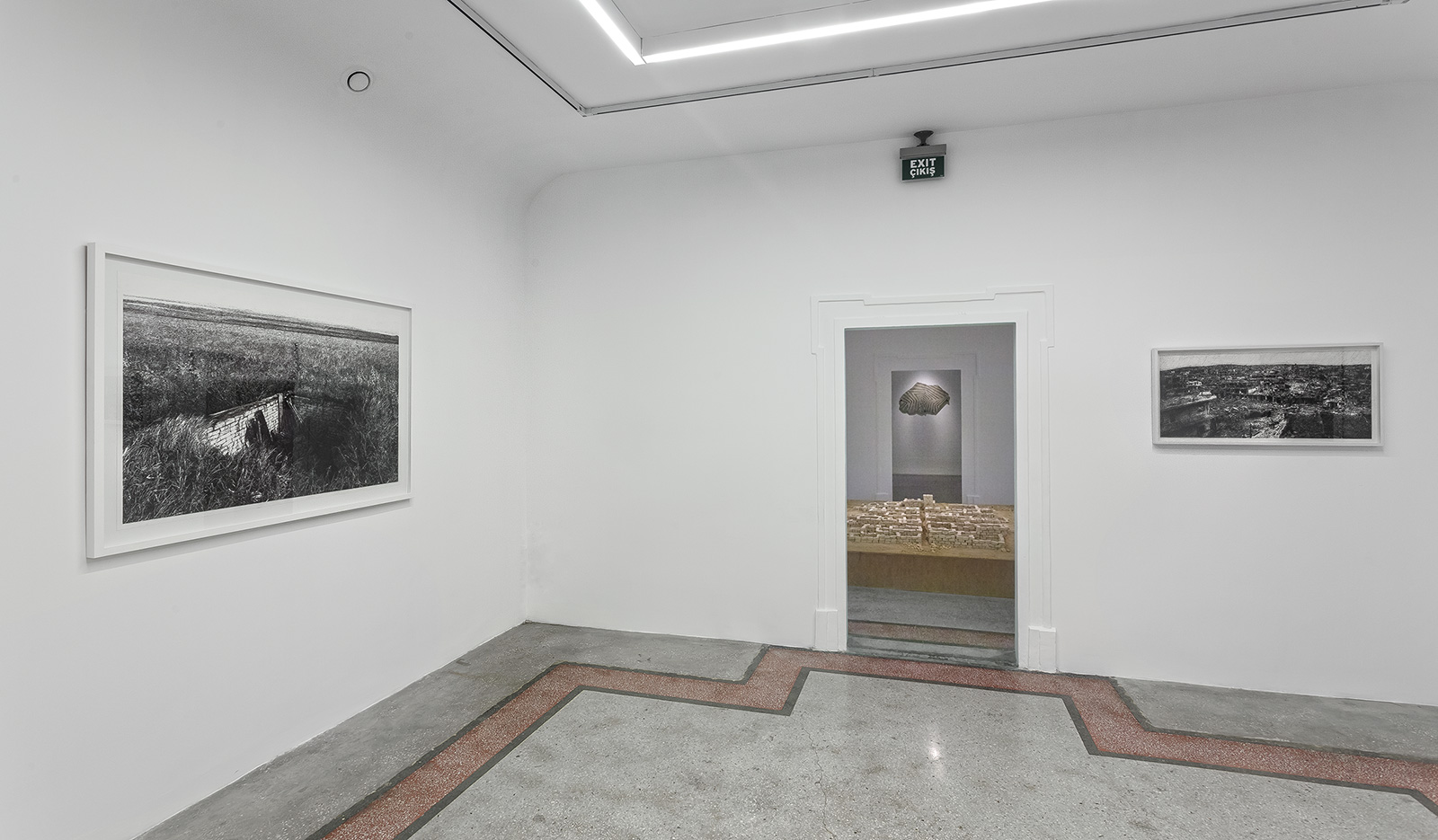 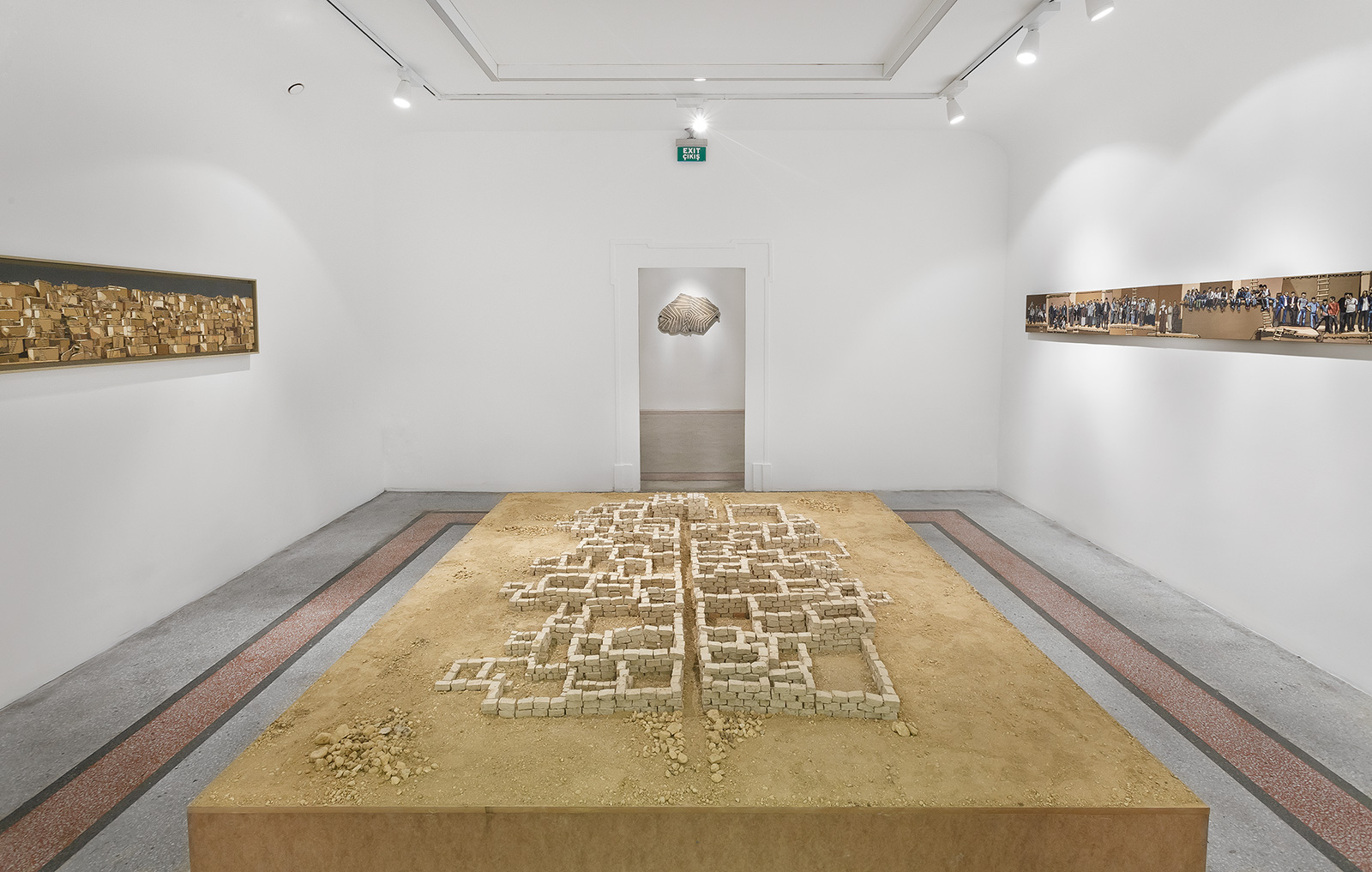 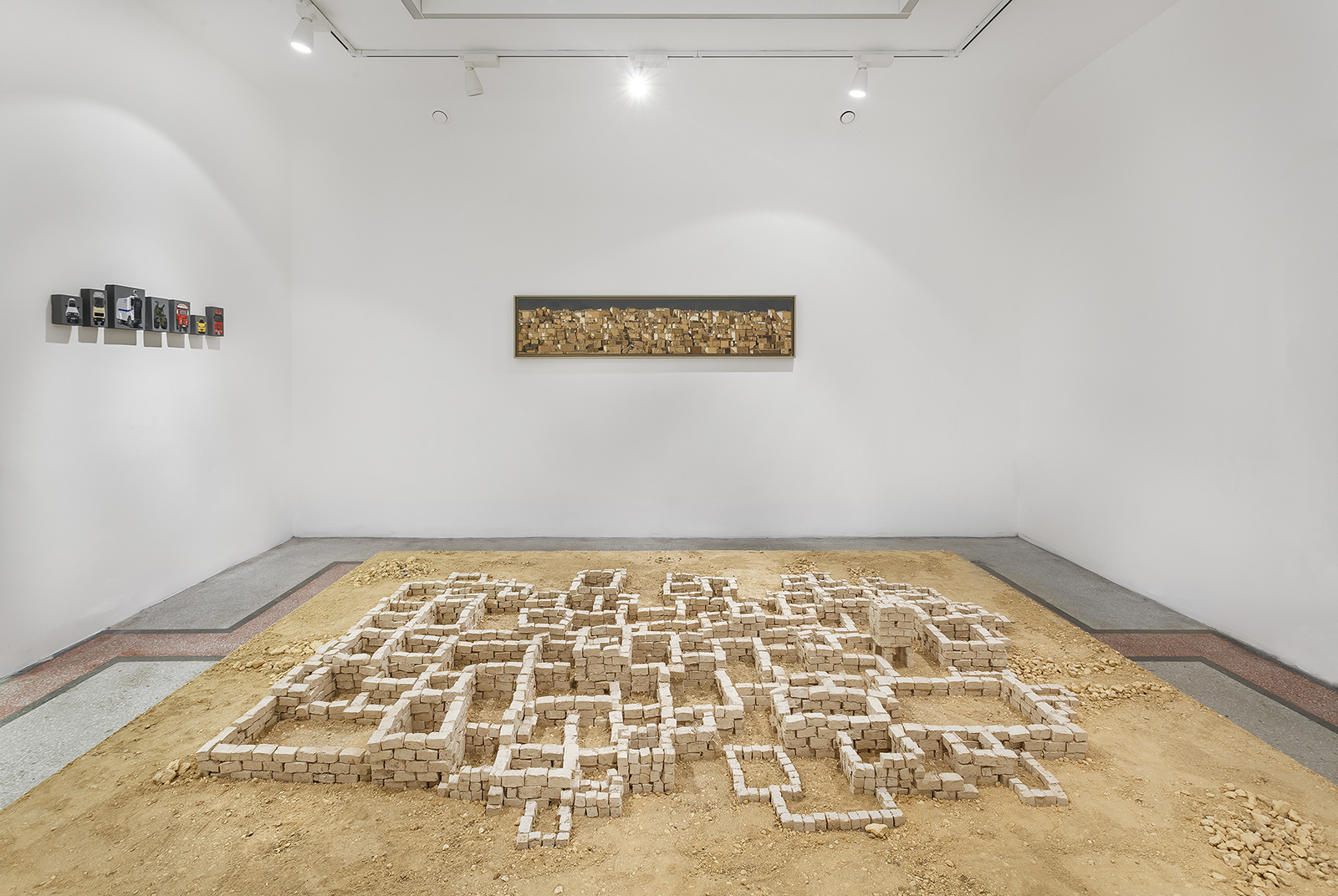 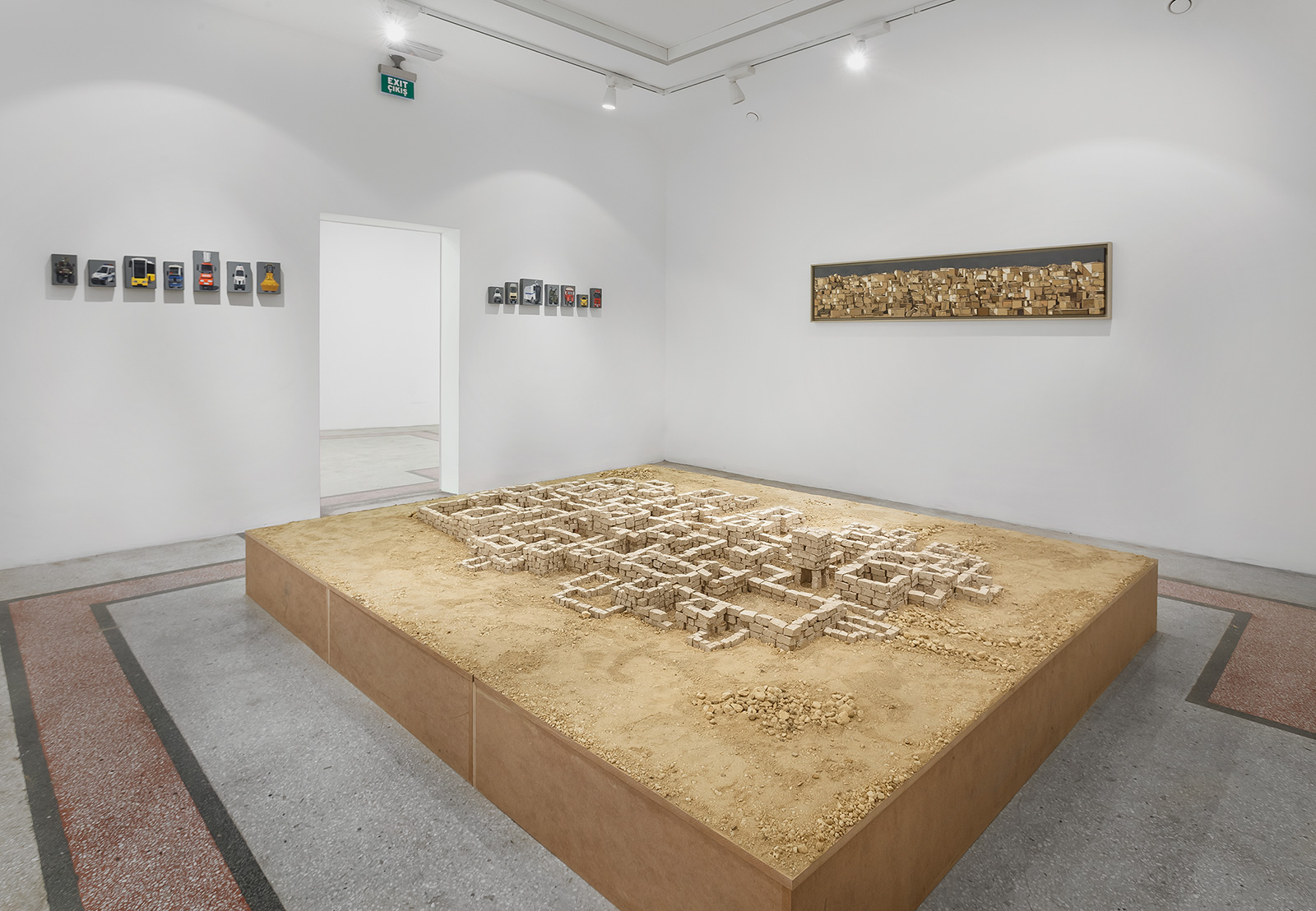 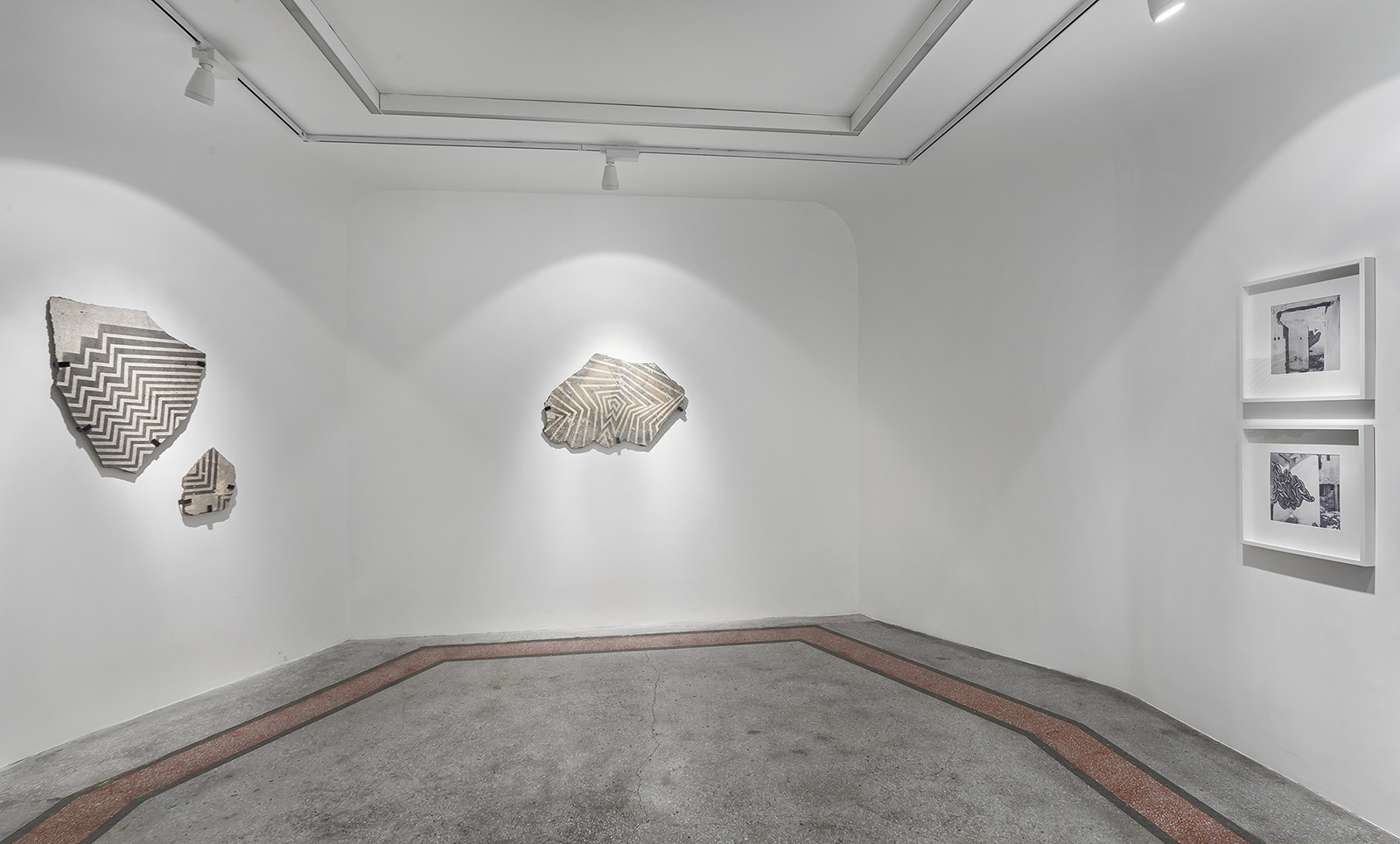 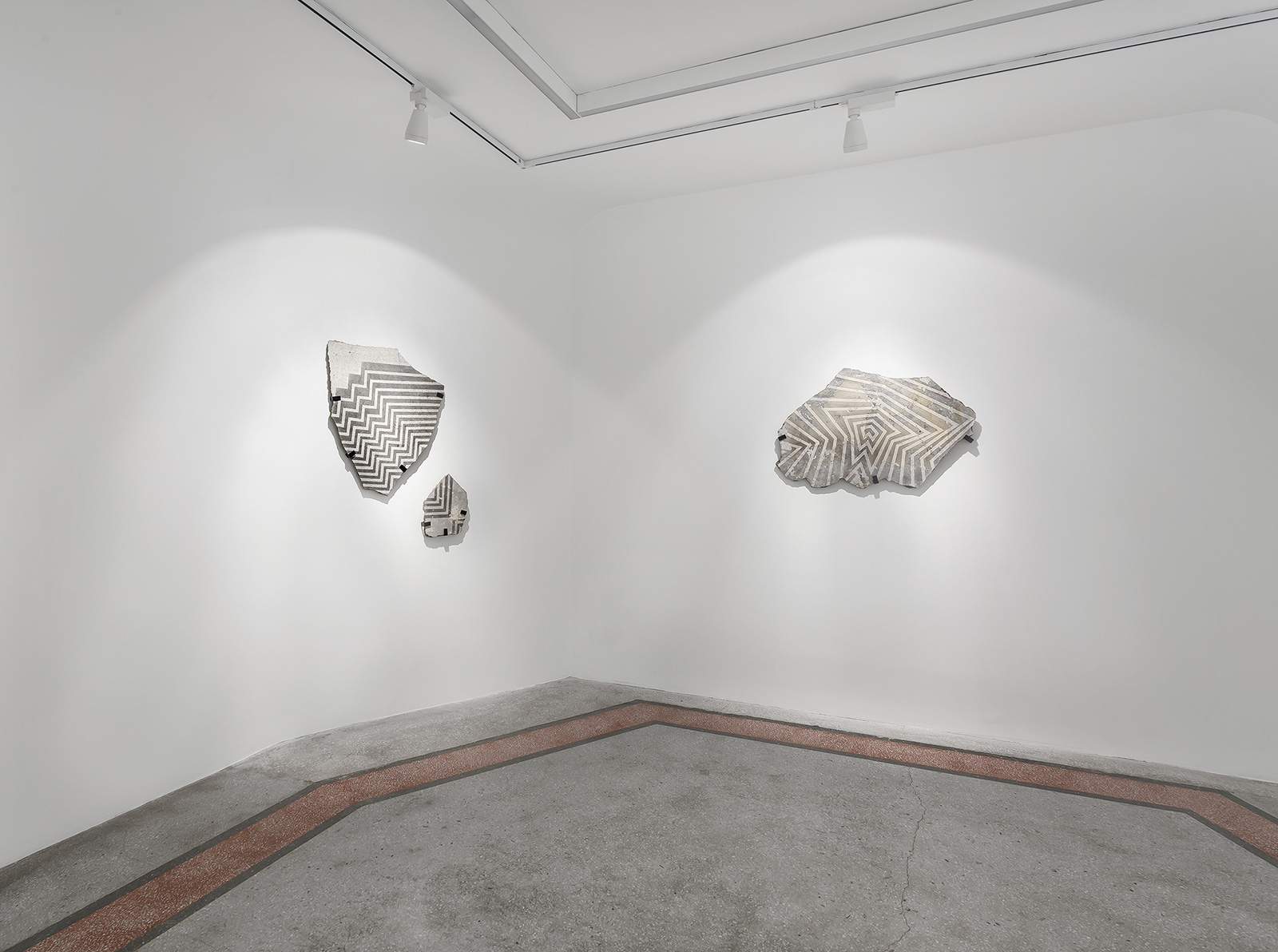 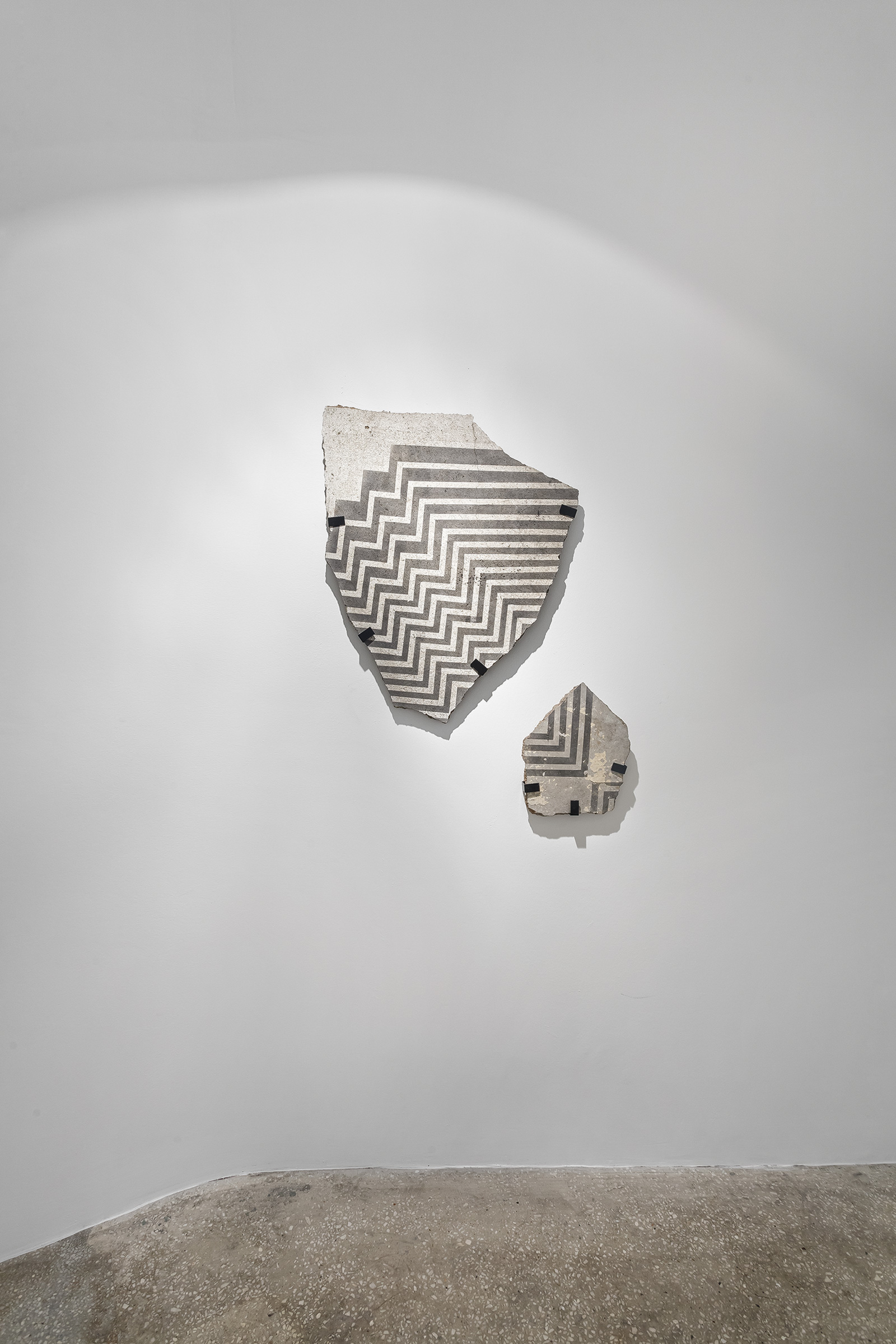 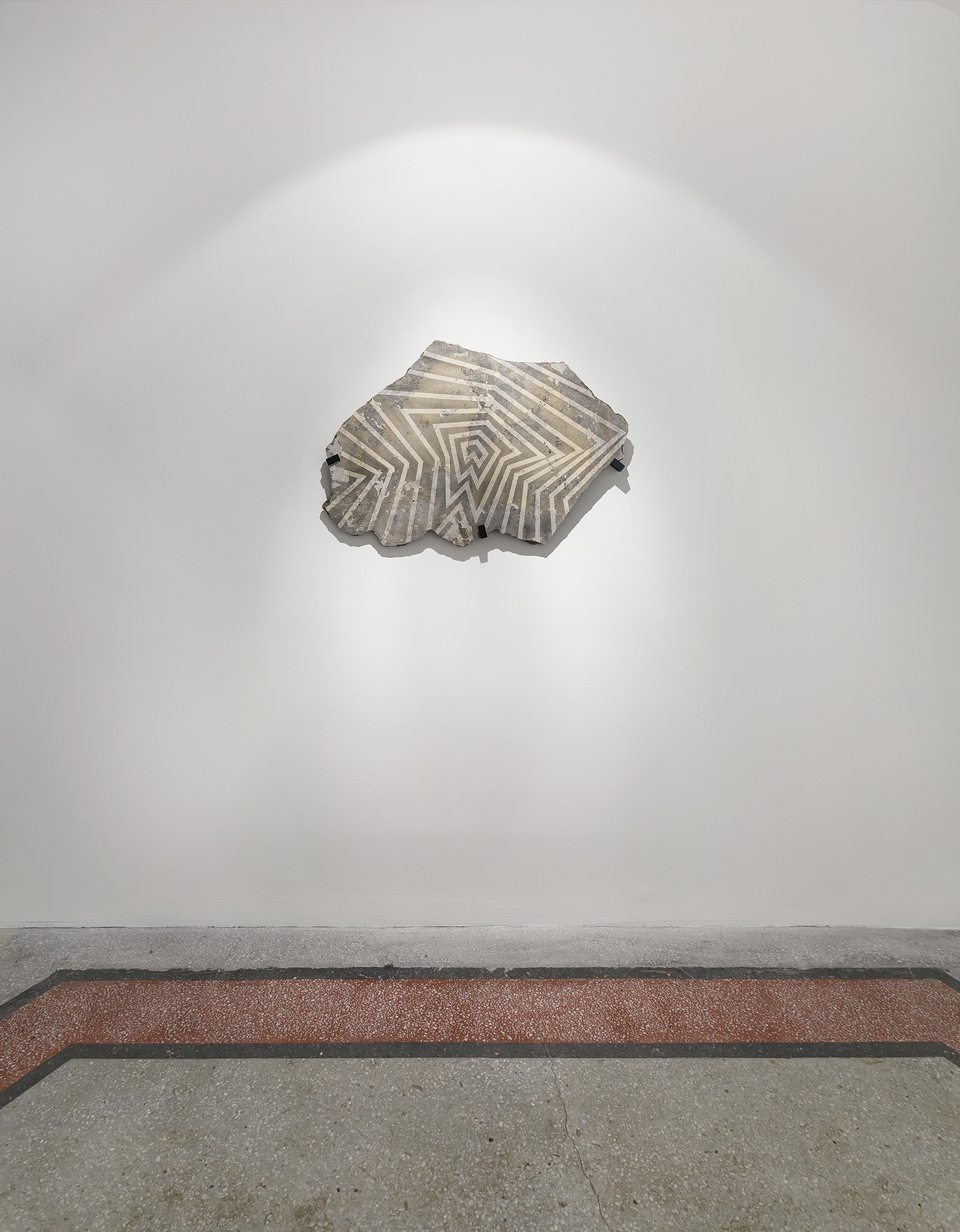 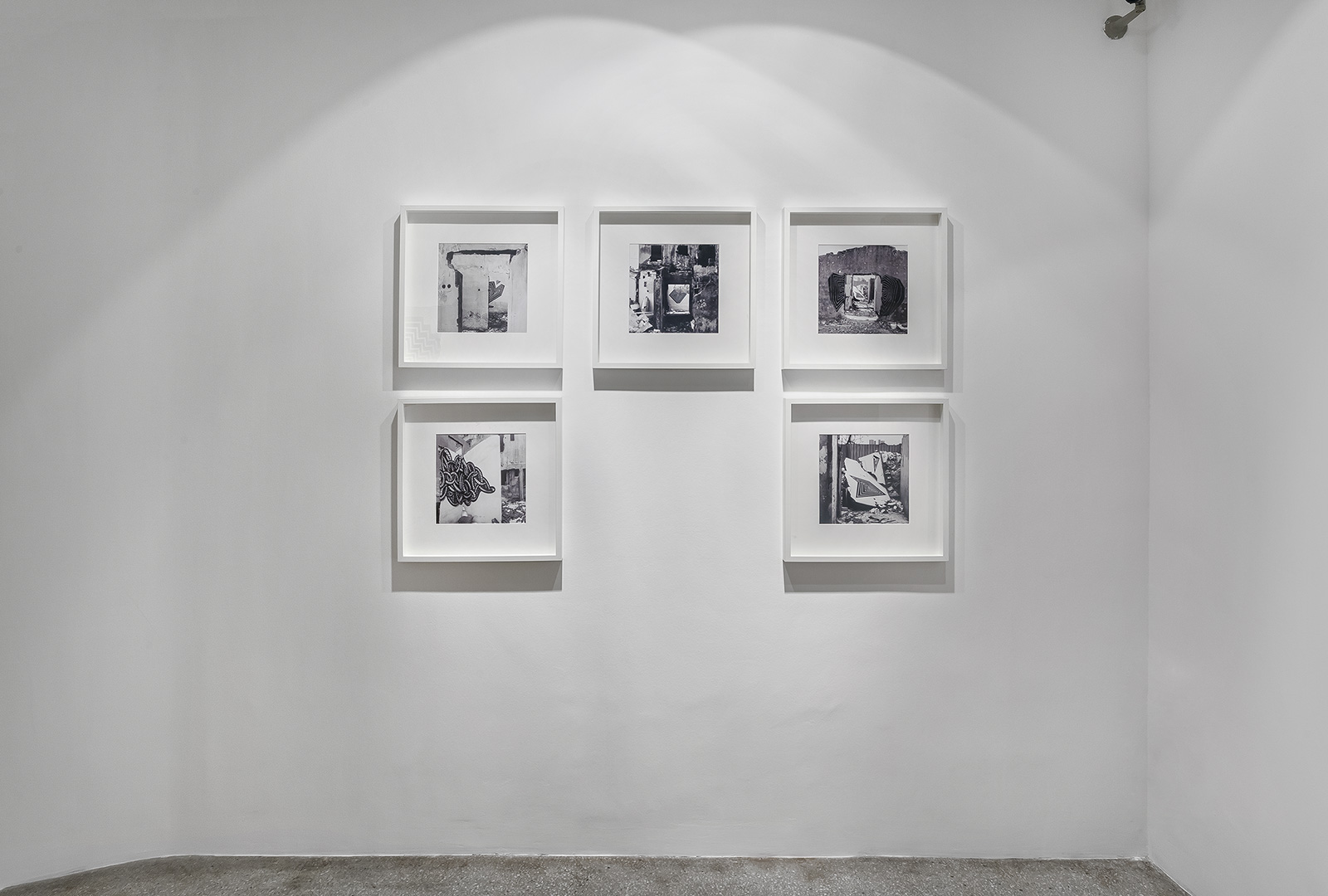 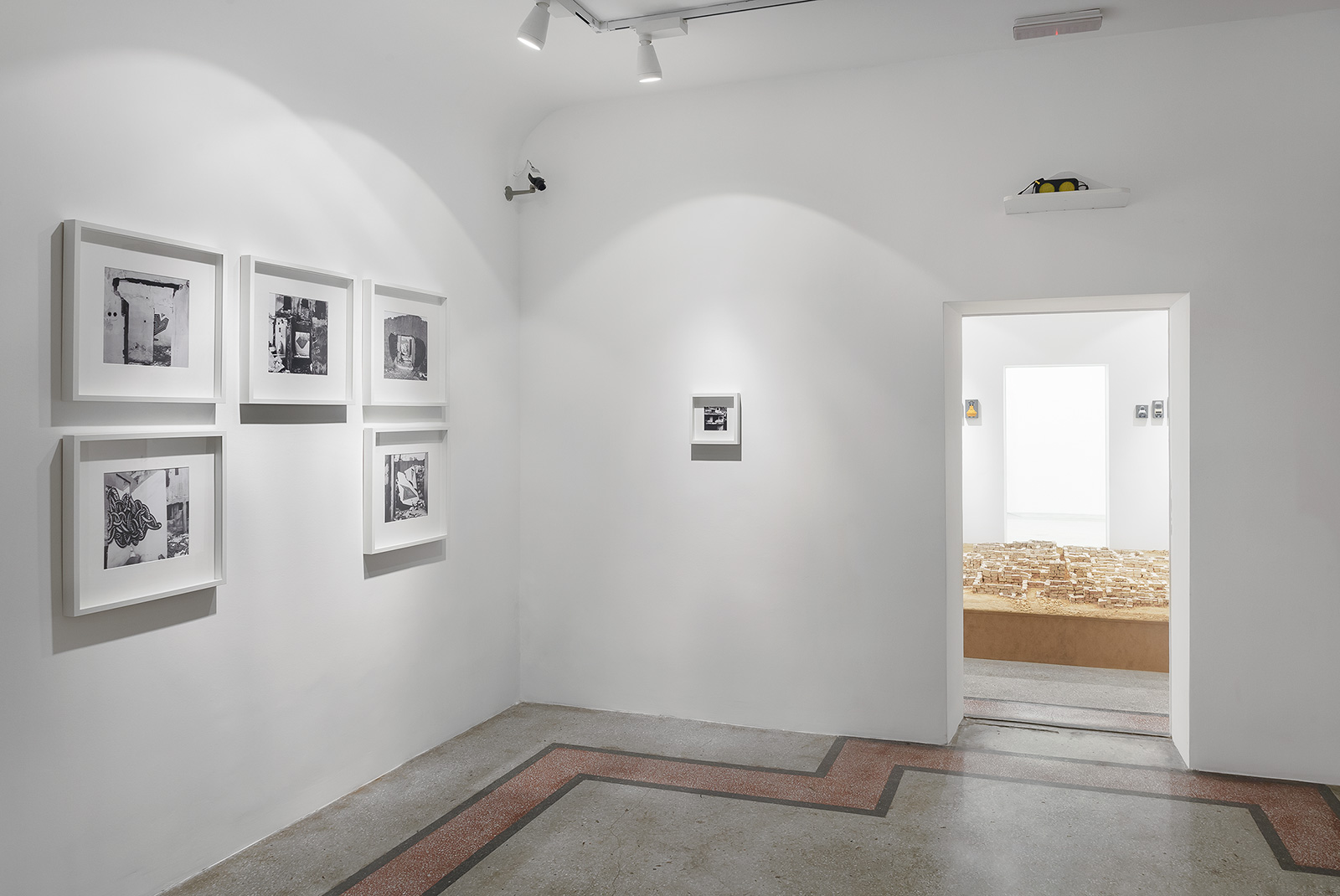 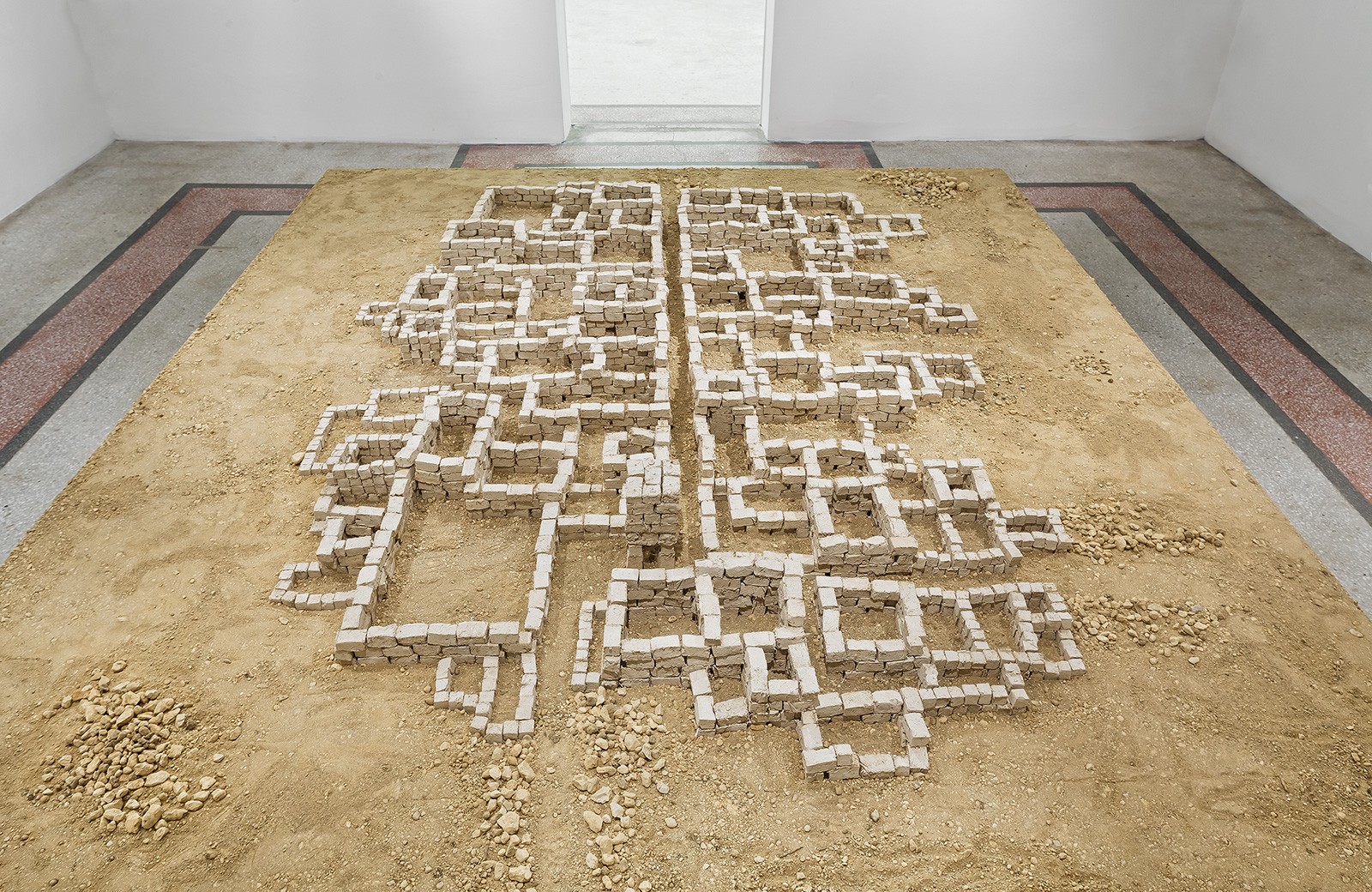 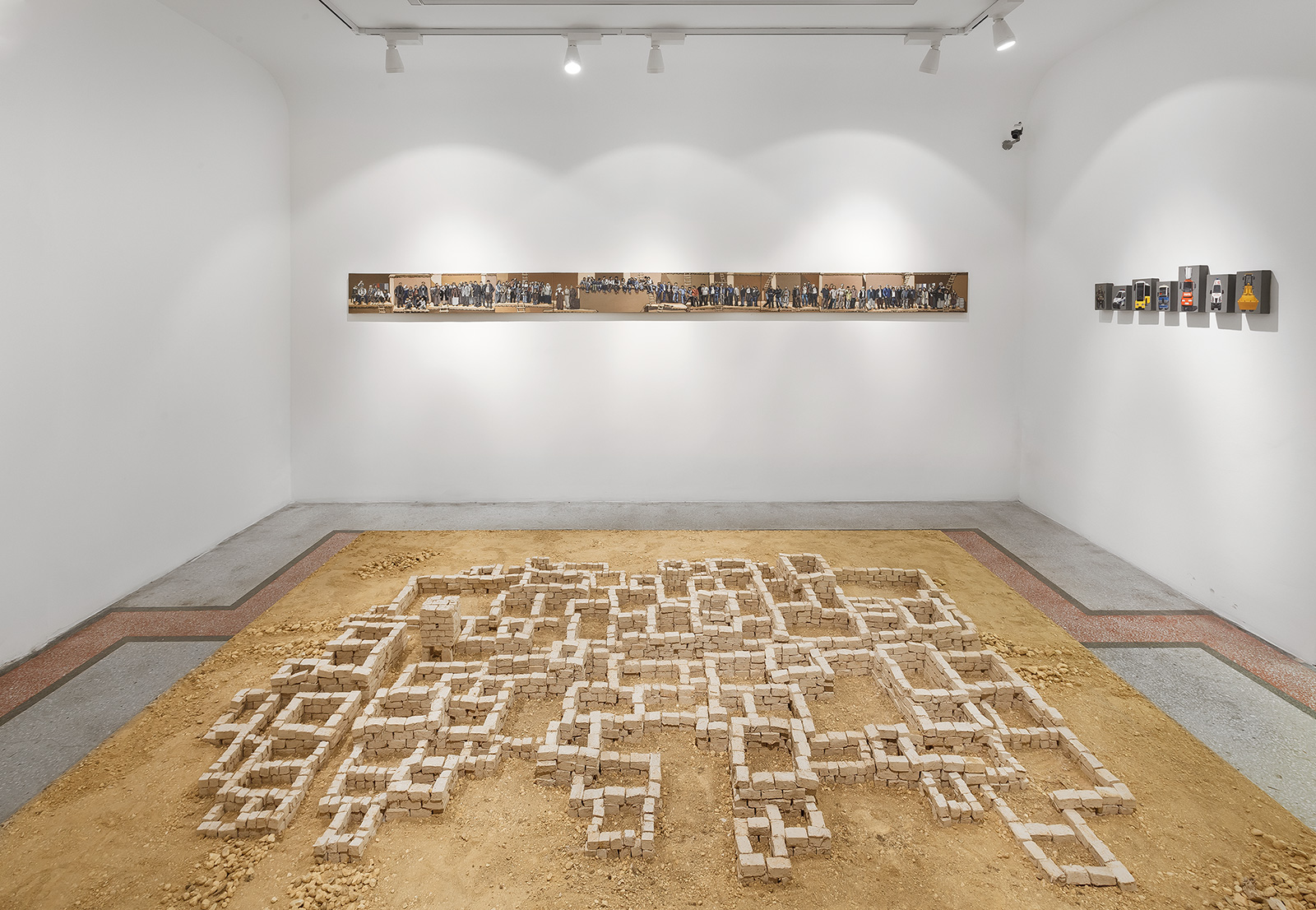 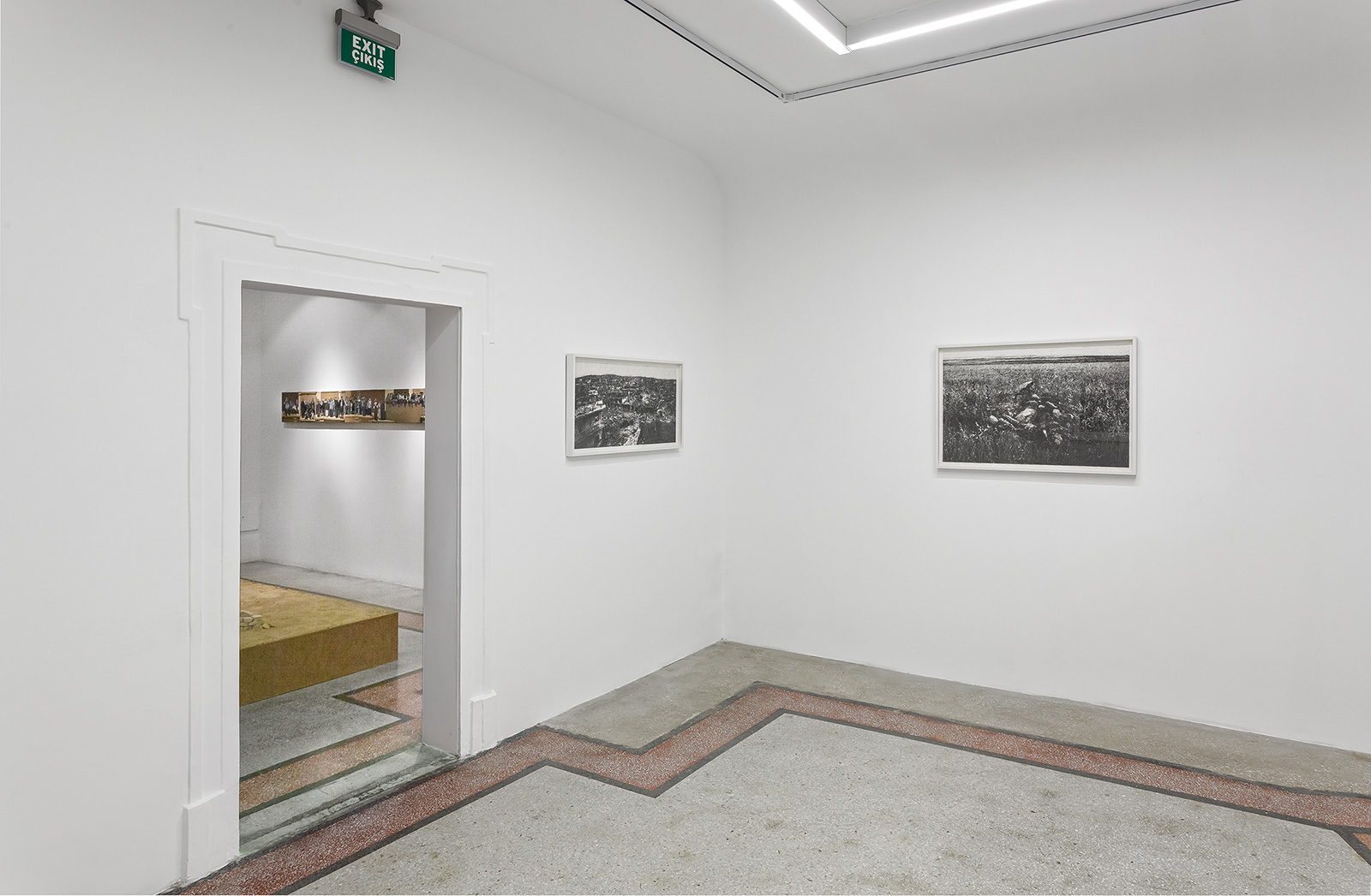